FROM THE MGM STABLE 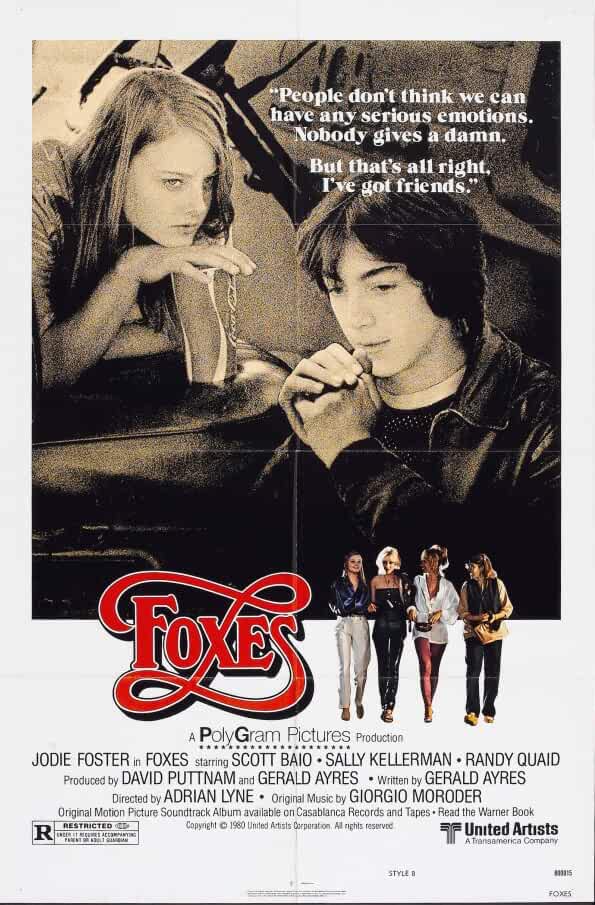 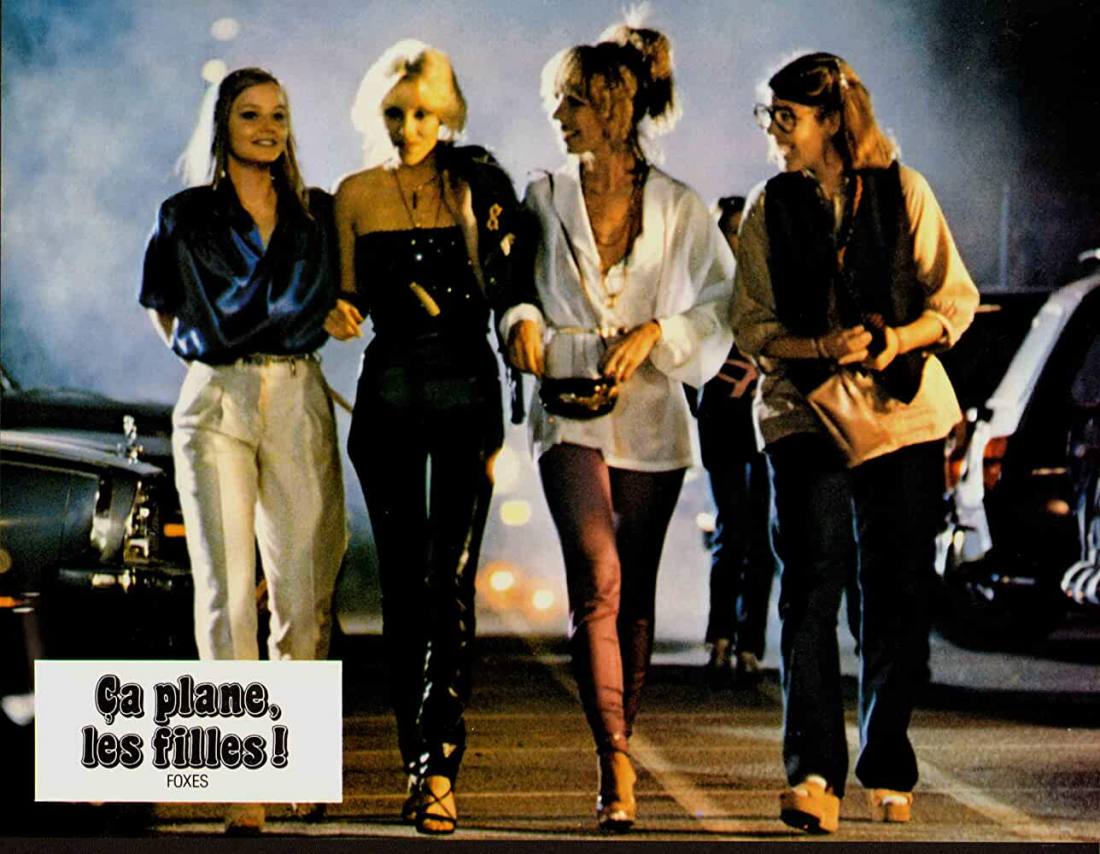 The Jodie Foster led ensemble takes on adolescence’s prime pangs and picks itself up by the bootstraps, in this 1980 take on those initial years of induction into the big, bad world.

In his directorial debut, future helmer of FATAL ATTRACTION, 9&1/2 WEEKS, INDECENT PROPOSAL and UNFAITHFUL Adrian Lyne trained his lenses on the social engine fuelling disco era’s concrete jungle. It’s an L. A. of teenage ecstasy and reckless passions, in a city still known and often parodied for its unhealthy youth culture. Replace the set-up and California’s retro heat and dust can be seamlessly transplanted to any urban center, in any part of the planet attuned to the cultural zeitgeist of its times, down to the very present. So what here appears dated to some modern viewers had relevant currency back then (and still does)

Conveniently then Lyne avoids painting the lead quartet’s world as some fantasy land obstructed by harsh realities of adolescence. It begins on the most humble note where the four girls are shown waking up post a sleepover, to the lilting, piano led strains of Donna Summer’s ON THE RADIO in its ballad form. Incidentally, this was among the final hits of the preceding decade before 1980 set in and so its placement is appropriate. The theme of friendship hence reigns supreme from here. 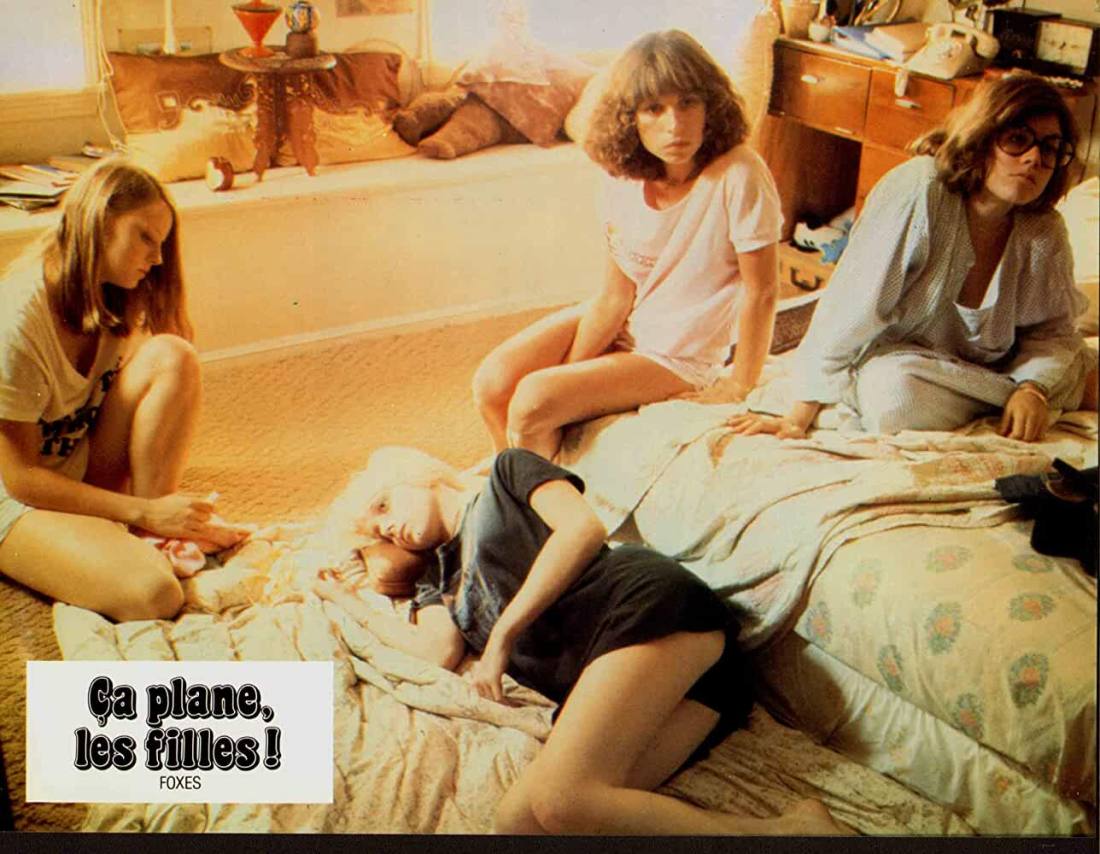 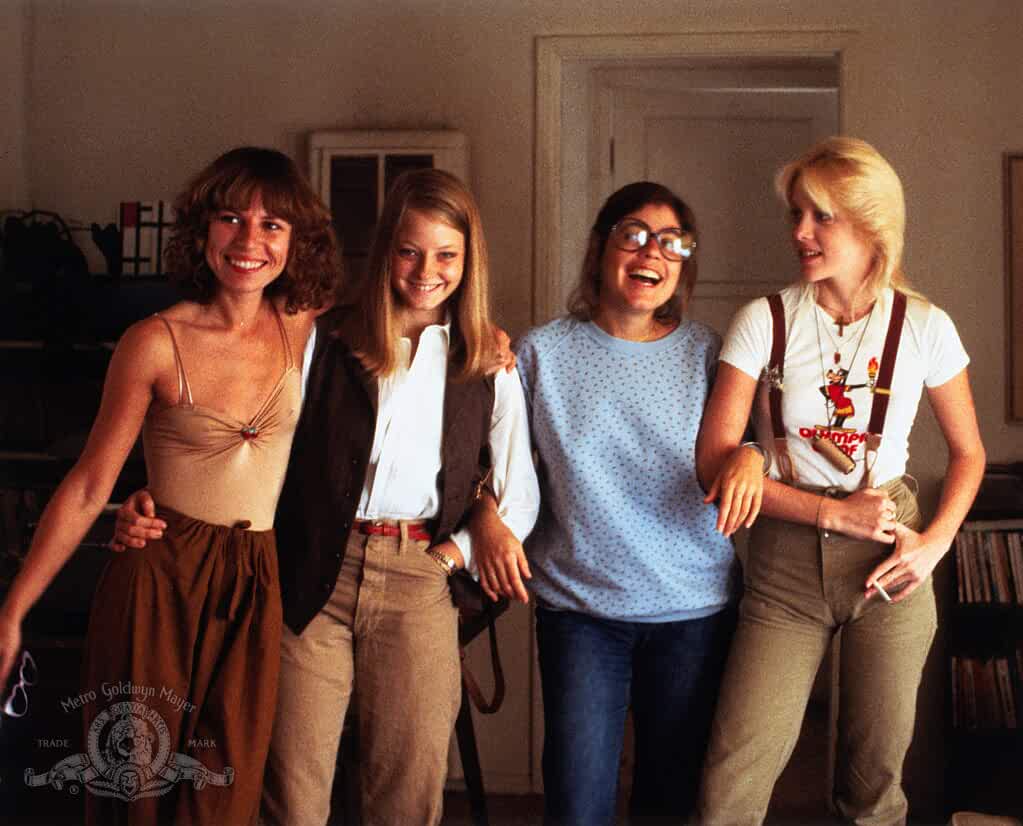 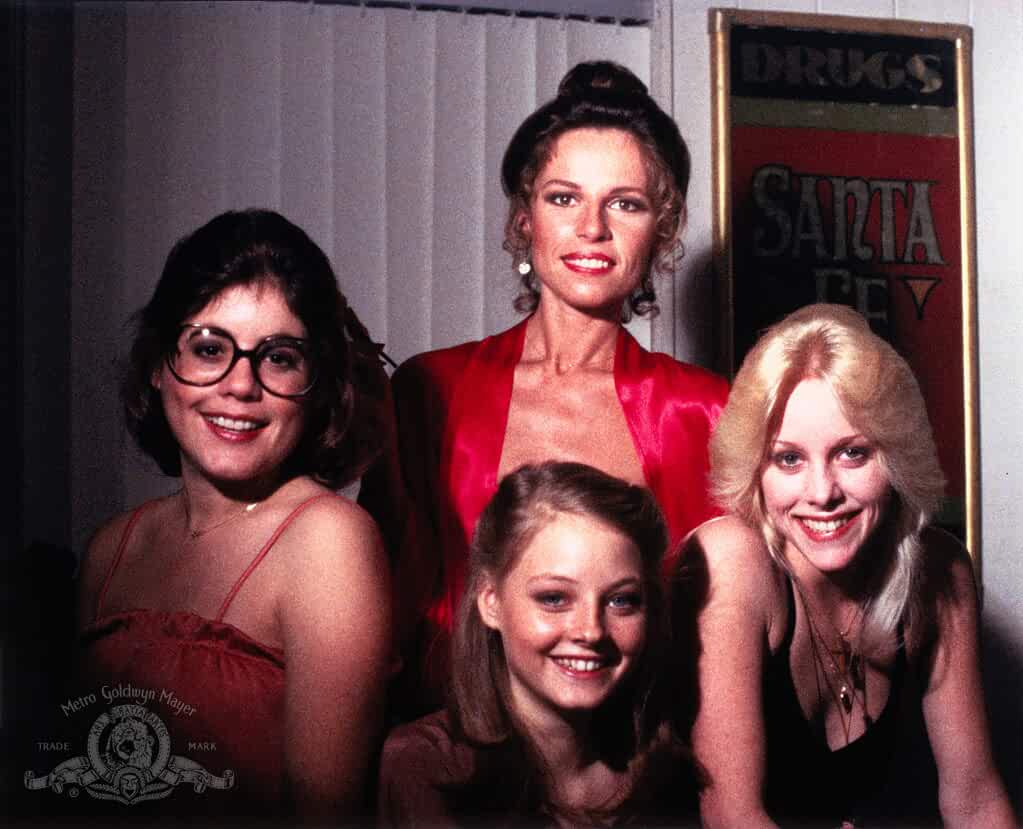 Their age-appropriate foxtrots on the wild side ( hence the title) beckons us to a binge lifestyle full with the trappings of an ‘acid generation’ ; pot, booze, sexual dissipation, lack of parental care and embarrassing connotations associated with virginity, therefore all collectively becoming issues tantamount to a distorted self- image and the youth fixation ingrained in Los Angeles’ mindscapes.

Vignettes of self – exploration and camaraderie between them is given prominence over elaborate portrayals of the tousled freak show that is their current lives. This is where FOXES skirts convention and is most assured in terms of pure storytelling. Part of what actually makes these youngsters (and those in everyday life as well) vulnerable is that their adult guardians are just as confused, bumbling and non-committal as their wards. This emotional lacuna hence makes them wholeheartedly submit to an extended family ethos- a sisterhood. Here secrets are shared, hormones are ticked, curiosities are whetted. Through it all, their enduring bonds test choppy waters because teenagers never had it easy, at any given point in history.

FOXES taps that nerve beautifully. You never see their concerns reach those melodramatic heights we expect because it’s not the film’s tone nor is it structured that way. Attempting to highlight inert everyday realities, it melds individual experiences with a collective awakening, the kind we look back on as adults, mapping a graph of our most impressionable years when the struggle for forging identities seemed like overpowering us. The opening montages of FOXES maintains that rhythm, with the mundane details and slow burn being dominant. These are the moments that make us reflect and conjoin memories of our own youth. We feel personally attached then to the inner circle of the movie’s characters. 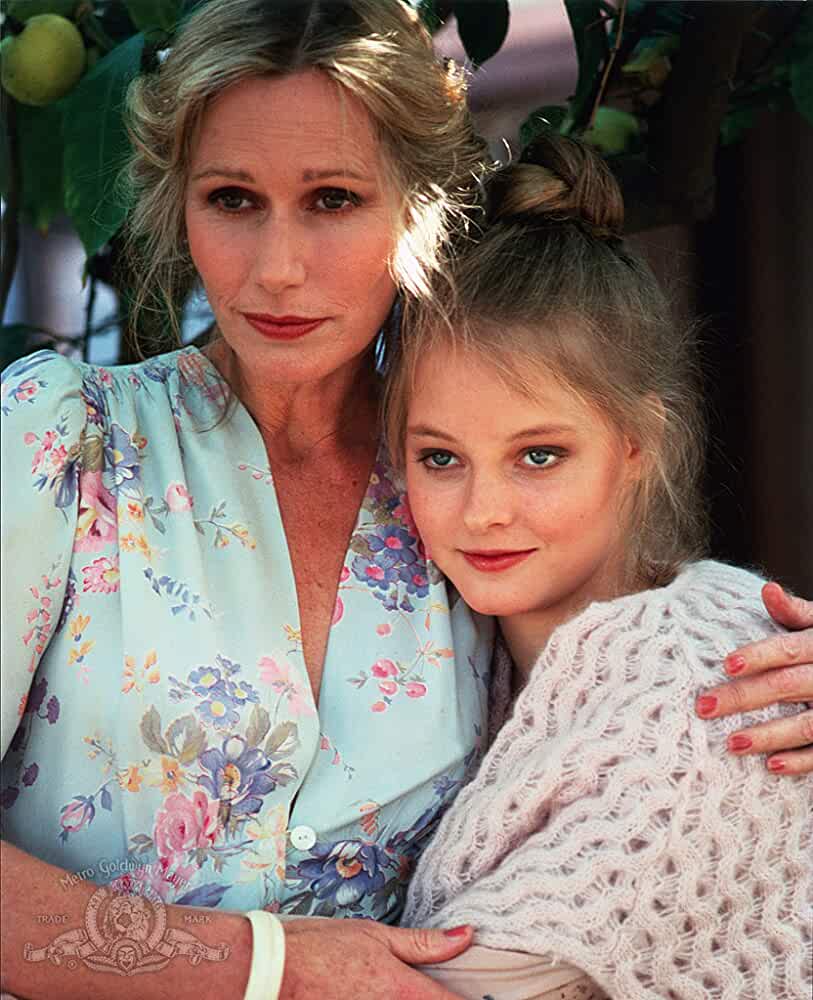 A succulent drop of spontaneity is beautifully maintained by the entire cast, none as effectively warming and bracing as Jodie Foster’s Jeanie, the binding force and central figure who heads the down to earth clarity of this group. Her scenes with her parents stick close to the screenplay’s sensitivity and inherent pragmatic glide. Tables turn as Jeanie plays a more level- headed maternal figure to her own mom struggling with identity crises of her own.

On the other hand, her coterie of pals invites a glow of innocence which trickles down to their performances. Cherie Currie shines as a Courtney Love styled sweetheart lost within her own daydreams, Kandice Stroh sparkles as a center of attention who makes boys go weak in the knees for her while Marilyn Kagan excels as a Plain Jane battling inferiority complexes, peer pressure outside this domain of her friends. All this comes full circle for her when the dilemmas of entangling with an older man (Randy Quaid) get the better of her. So you see, we can all identify with them in one way or another as we feel like them or did at a particular point in our lives.

I reserve a special pride of place for the linear attributes of the film, especial of it the confessional delivered by Jeanie to her earliest best friend ( Scott Baio)

In a few words, she etches a verbal scenery that youngsters subconsciously feel deeply about but hardly muster up the courage or even eloquence to elucidate in clear, lucid terms. 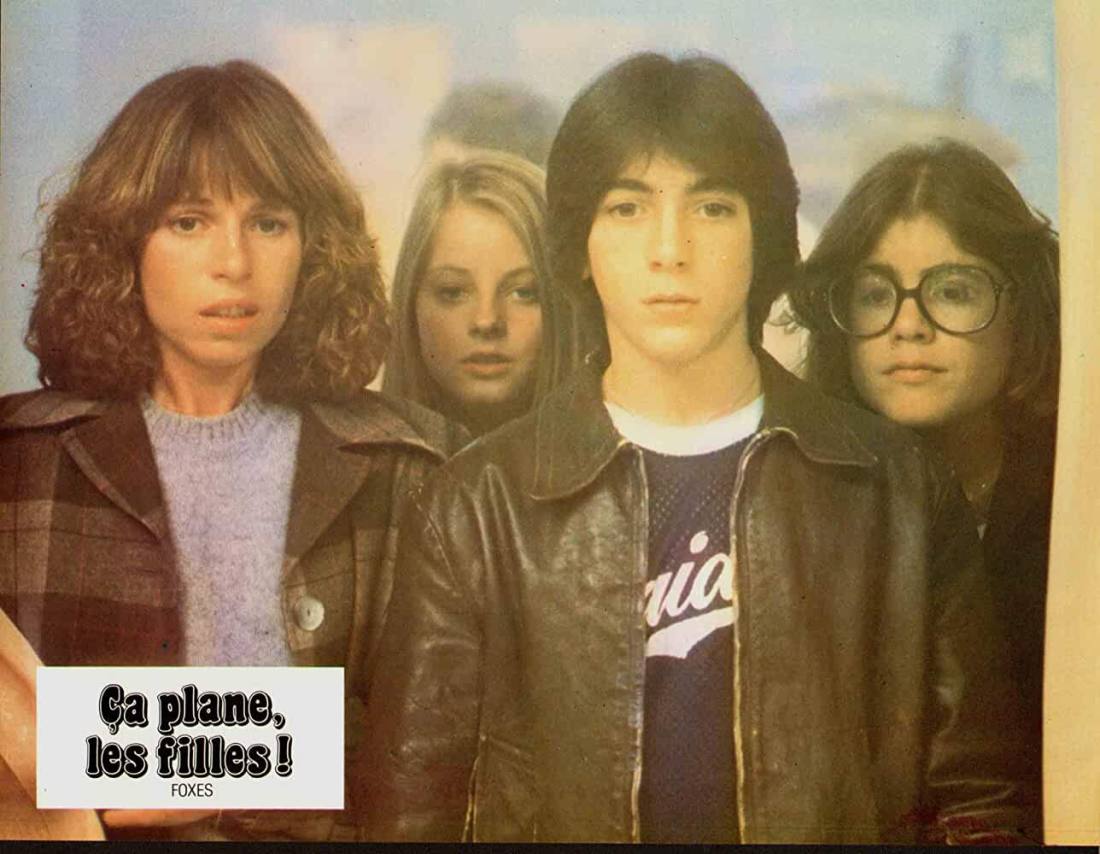 By the time end credits roll, their spirits lay scattered in all directions but never seem airbrushed by artificial cinematic tropes. FOXES believes that the journey to adulthood traverses a personal Hell, a roadmap paved with good intentions. Director Adrian Lyne’s realistic, often grim touch maintains the imperfections of its content. That way, all parts fit unevenly just like the lives portrayed. Ultimately, they drive home its timeless core with a mute effectiveness, led all the way to a climactic horizon by Foster.

NOTE : THIS ARTICLE WAS ORIGINALLY WRITTEN BY ME ON 16TH SEPTEMBER, 2014 AFTER VIEWING ‘FOXES’ ON THE MGM CHANNEL