Design a site like this with WordPress.com
Get started
Skip to content
anawadhboyspanorama Uncategorized April 12, 2020April 13, 2020 5 Minutes

Looking back at some works of art from last year tells me that creativity is never in dearth. Nothing that I say will be novel perhaps in applauding the spirits of these works except that they all firmly look at society beyond rose tinted glasses, for what it truly is.

Here I very briefly write about them. 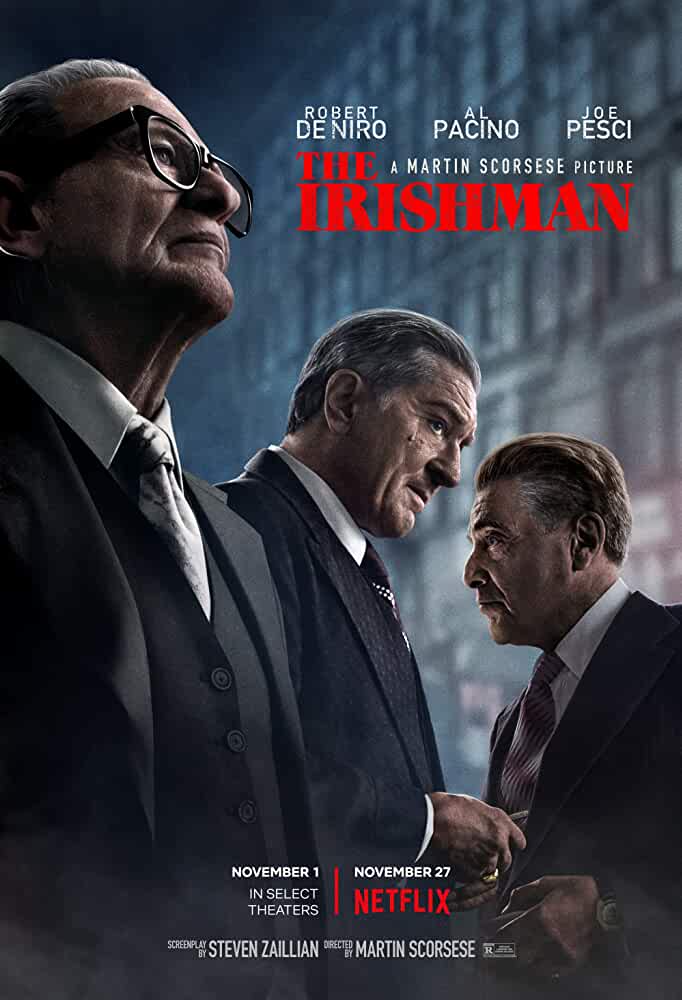 This three and a half hour dramatic presentation coming from the illustrious pedigree of Scorsese and company is a mood piece, the most sombre iteration of a Greek tragedy or Shakespearean tale, as I look at it, that deals with the nonchalance of the mob and the amoral fabric of a nation hailed for its entrepreneurship and dynamic dealings. It’s hard to say where its loyalty to love and relationships begins and where fear and spontaneous actions take over.

It’s like GODFATHER for this era, laying bare the last bone of society’s raw underbelly, run by men who are monsters in Everyman garbs.

But for me it is ANNA PAQUIN playing Robert De Niro’s daughter,who, with her silent looks and staunch stance against this muckraking, steals the show among this gallery of veterans.

This gently cascading tale from Netflix is worthy of Indian cinema’s aesthetic transparency getting a boost from the streaming platform.

A tale that never cheats its audiences, showing the realistic nature of a modest life saddled with sacrifices and regrets, every bond here reveals the cost of goodness in a materialistic world. Pictured with the same sense of modesty with its transitions between past and present putting it together, MUSIC TEACHER finds MANAV KAUL, AMRITA BAGCHI and two of my favourites NEENA GUPTA and DIVYA DUTTA absorbing the nuances of smiling through moments of pain and attempting to let bygones be just that. It’s just pure.

As for these four below, well let me just say that PARASITE and JOKER especially dare to show the fallout of an unequal society in ways too close to the bone. I mean we just can’t escape references to North Korea and the ultimate implosion of the have nots as they burrow into a rabbit hole of their own making in the former Oscar winning cult or the grubby, gritty streets of Gotham, littered with trash cans and the stench of divisive antipathy in the latter as it breaks down the consequences of a corrupt foster care system and non-committal attitudes towards mental health for our protagonist, with definite performances that strive for the deepest possible impact. 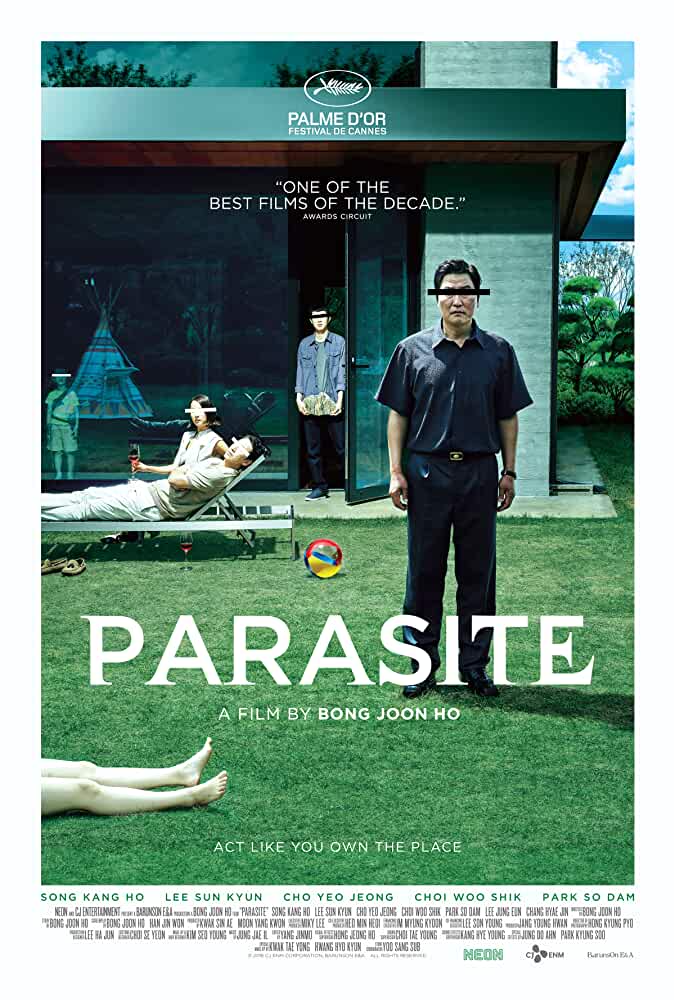 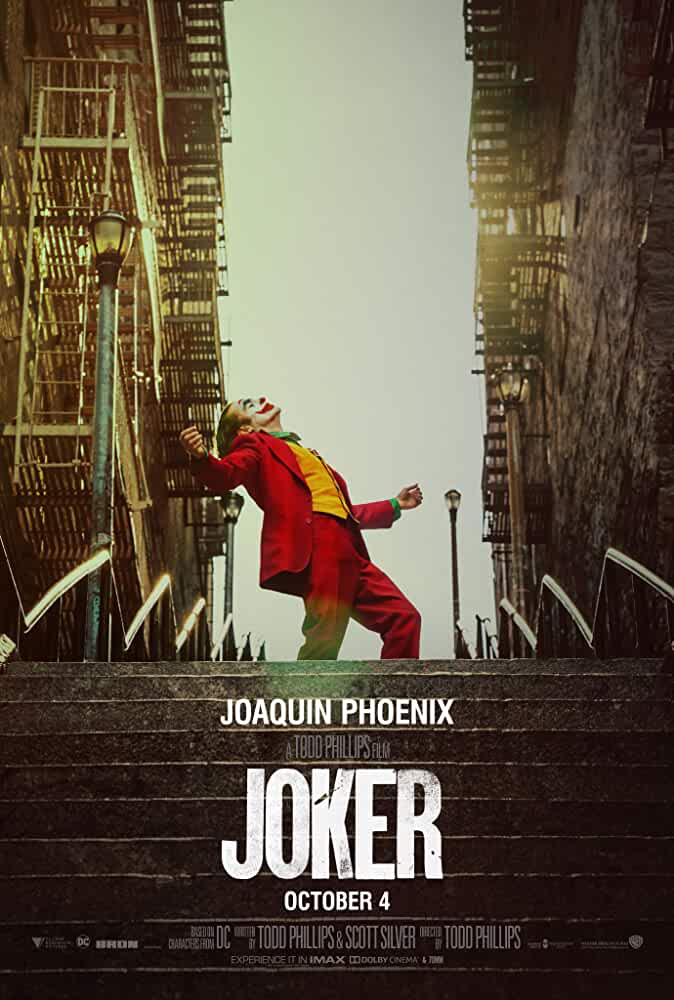 ONCE UPON A TIME IN HOLLYWOOD

Then there’s the easy flowing rhythm of ONCE UPON A TIME IN HOLLYWOOD that in its episodic nature is very much akin to Pink Floyd’s great musical masterpiece A GREAT GIG IN THE SKY. It’s true to its era, depicting normal conversations and situations then teetering just on the edge of danger; danger of losing work, sanity and ultimately life at the hands of the Manson cult or all of these in varying degrees. It simmers and gradually implodes before deadpanning in a pool of observational humours.

The screenplay is vintage Tarantino, doling out cinematic lore, tenacity of bonds and the cross-section of Hollywood and beyond with his usual panache. As for the ensemble, well all I can say is that he gives every person her/ his due, relying never on the length of a role.

DOLEMITE IS MY NAME

Finally there’s the brusque, brash, unapologetic finesse of Eddie Murphy’s form in DOLEMITE IS MY NAME, based on the hitherto anonymous life of unlikely showman Rudy Ray Moore.

That’s the greatest achievement of cinema. It often tends to reevaluate cults and underground legends and transmits the stories of survivors to the largest denomination of cinephiles possible. This hilarious work is never in your face and milks empathy out of the collective strength of its ensemble as they mirror every dollop of good faith invested by the people who made DOLEMITE a rip-roaring phenomenon in the 1970s.

As for Mr.Murphy, man, he makes everything look easy with his mega watt presence.

A SPECIAL BOW TO SHORT FILMS FUNDED BY FILM INDEPENDENT, a bonafide American organisation that has shaped future careers of filmmakers and given them a diverse starting point for exposure to the mainstream. It is also the body behind INDEPENDENT SPIRIT AWARDS, held each year a day before Oscars, which have gone to embellish substantive, long-lasting careers on and off camera, continuing to champion rising stars in the creative realm.

On that very positive frisson of equal and diverse representation, I give shout outs to three short films that caught my eye. Incorporating cultural forebears, interpersonal relationships better than feature films can, in a short time capsule, they espouse the melting pot that is America thus solidifying a global voice for the subtle undercurrents of filmmaking. This short about a married Indian couple settled in the USA deals with an ugly instance of racism directed against it, jolting the rosy picture of the great ‘AMERICAN DREAM’ trope and within its timespan of six minutes reversing the damage and reclaiming the idea of HOME and one’s dignity with characteristic minimalism.

Directed by April A. Wilson

Two women at an old age home forge a bond that hardly robs them of the solitude of companionship and gaining an upper hand in their personal experiences, at a juncture of their lives where society wishes them to count their days. Nope, the expressive felicity of the two ladies enacting their parts marks this one out as truly special.

That’s because there’s nothing fancy or philosophical about the connection here. It’s a breath of fresh air to have a work so beautifully transparent and free of judgements. It’s a miracle of filmmaking that lifetimes of desire gets covered in eight and a half minutes.

From the acclaimed director of last year’s breakthrough hit THE FAREWELL, TOUCH is a work that is heartbreakingly immersive in its dissections of innocence and cultural differences affecting an elderly Taiwanese/American man’s world as also percolating down to the second generation experience of his son.

Without giving anything else away, I will say that it’s an unusual piece of contemplative filmmaking that leaves us with a lot of questions.

Below I am including the links to all three short films. They are available on the FILM INDEPENDENT channel so you can watch it there, subscribe to the channel and download as well, whatever suits you best. Remember to catch all the other shorts there apart from the ones mentioned above as also the prestigious INDEPENDENT SPIRIT AWARDS of years past, an award ceremony that has now catapulted some of the major talents to Hollywood and beyond, driven by the first impressions of independent filmmaking and blurring lines between mainstream and niche offerings.

Also isn’t it triumphant that all three are helmed by women and consist of a racially fluid cast?