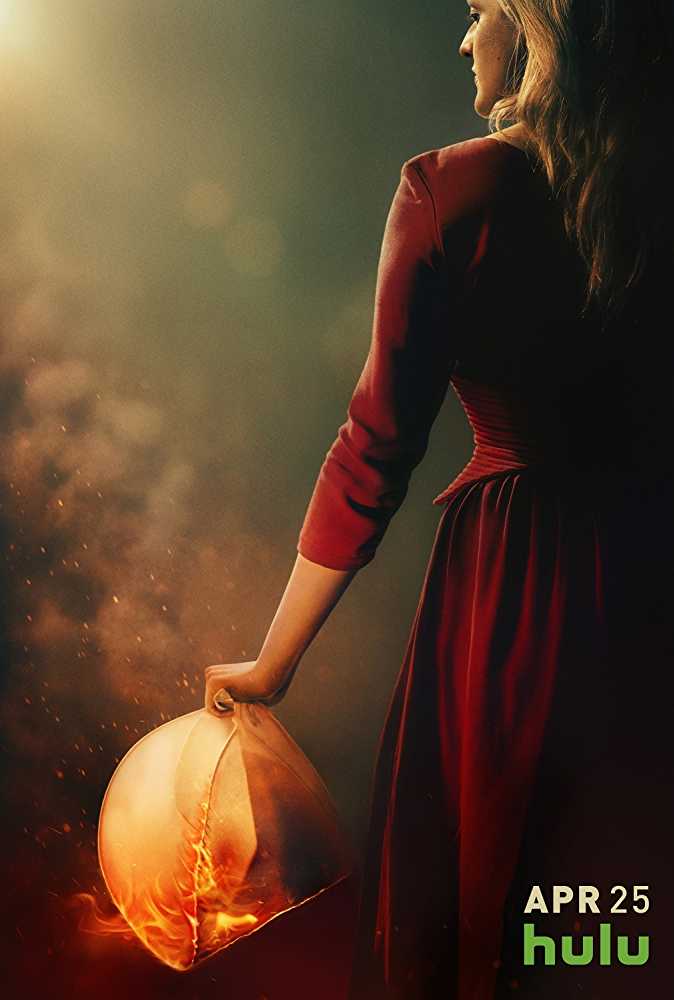 LONG LIVE THE REVOLUTION. OR THE SEEDS THAT SOW ITS BETOKENED BEGINNING. This show, based on Margaret Atwood’s novel, built its recent iteration on those fundamental principles, as I see it, a revolution kickststarted from its ingress in 2017 . It is globally attuned to topical issues of the here and now.

The third season of THE HANDMAID’S TALE is aligned with my constant replaying of Tina Turner’s WE DON’T NEED ANOTHER HERO, with its lyrical emphasis on future generations and especially children. In the current scenario, after all, what we yearn for is a burning conscience for change. Fitful and yet unbreakable.

“we are the children,

We are the ones they left behind ;

We don’t need another hero,

We don’t need to know the way home

All we want is life,

Isn’t the fictional republic of Gilead an inscrutable thunderdome too for its residents? 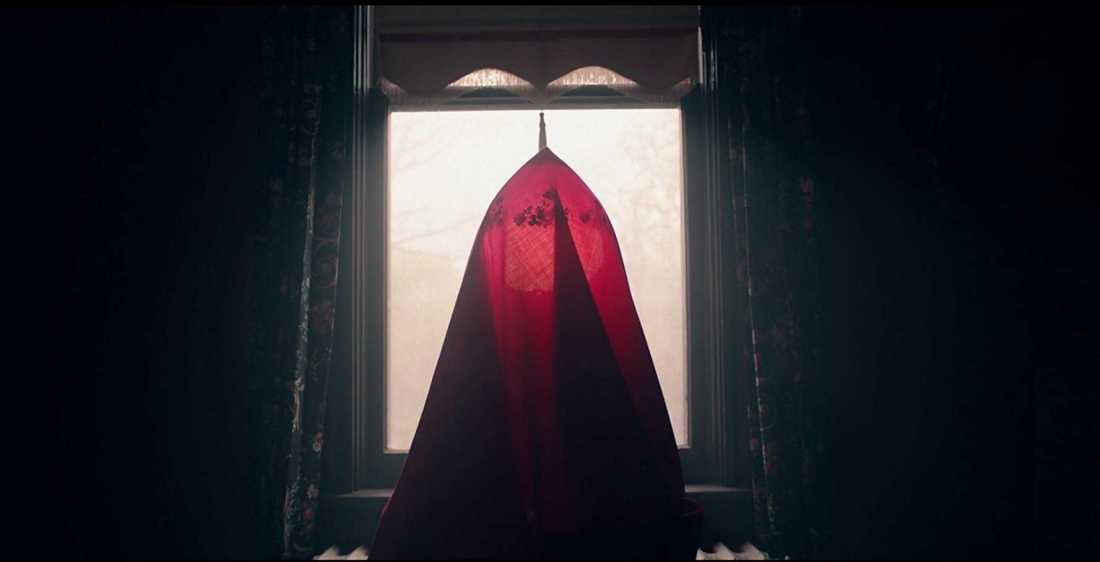 June’s mission to transport fifty two children and Marthas to Canada from the contemporary/futuristic retrogression of Gilead fits the bill. It’s frighteningly evocative of the manner in which children have to constantly bear the cost of genocide and totalitarian regimes while women like Nobel winner Nadia Murad have to bounce back from ethnic rape and captivity to train the world’s spotlight on such heinous atrocities. 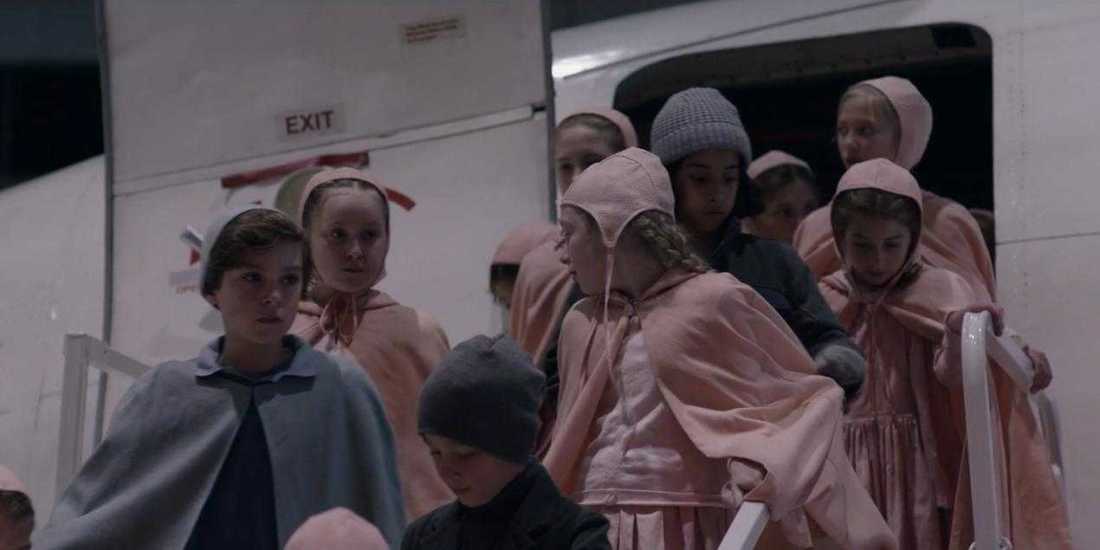 Many sections have been critical of certain areas of storytelling in this season, most of it directed towards June’s darker descent into chaos after losing track of her first born Hannah from within Gilead. We have to realize that her animosity towards another handmaid OFMATTHEW, who was informally instrumental in that separation from her beloved daughter, is indicative of how innocence and patient resignation just cannot exist in a world like this or ours in general even if the very murmur of dissent is prohibited by virtue of higher authorities . 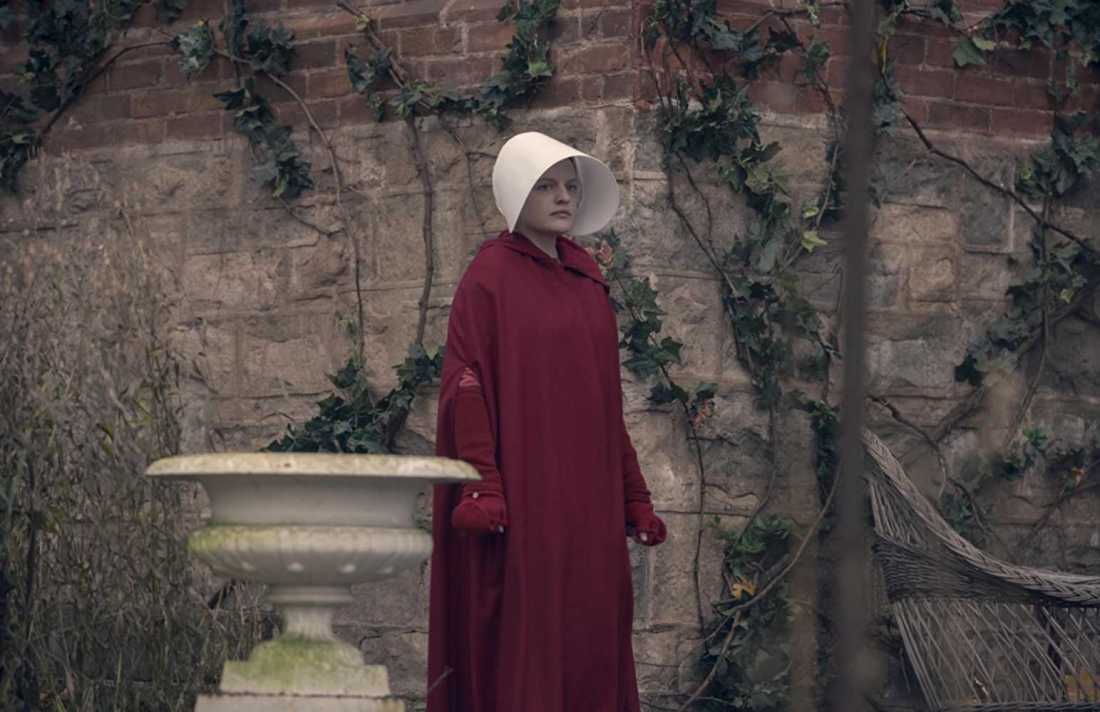 Desperate times have called forth for steelier resolves and greater stakes for risk taking here. Rationality cannot figure wholeheartedly even as June plots the course of this season’s resistance painstakingly.
I find it laughable that portrayals of mobsters and reckless men often get away with anything in the name of authenticity and ‘showing things as they are’ while a tale like this involving extreme gradations of trauma for the female folk and children is met with inconclusive, judgemental reception.

This illustrates , I think, the contrarian, sexist attitudes of our populace to a large extent where deeper understandings of such ingrained torment remains on the surface and every action on the part of females is discounted without taking cognizance of their internalized worlds . That said, OfMathew’s( Ashleigh LaThrop) ultimate fate was poignantly traced and her extreme reaction justified the web of intrigue she was caught in. Everyone in Gilead was her /his own enemy.

**
In THE HANDMAID’S TALE, the revolution has begun in earnest, spearheaded by June and a committed network of Handmaids and Marthas.
The horrifying majesty of the cinematography( take a bow, Zoe White, Colin Watkinson and Stuart Biddlecombe) akin to oil paintings and especially the portions staged in Washington DC in the middle of the season reveal a sense of inverted status quo at every step of the way. Adam Taylor’s musical score is excellent too. 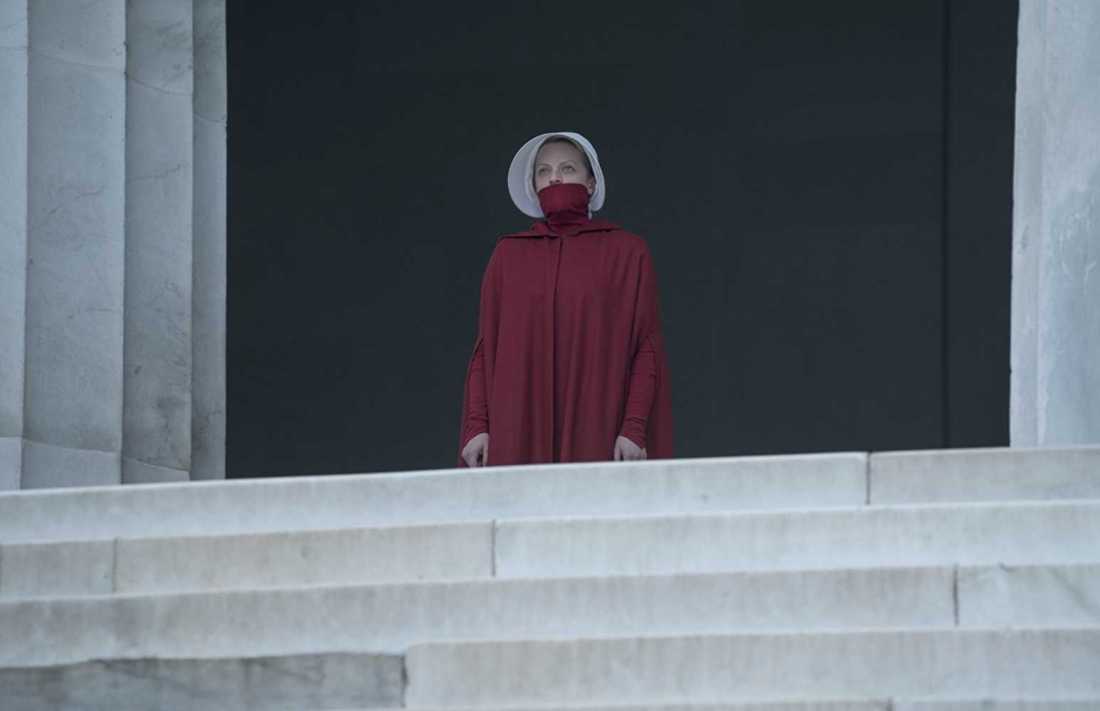 Directed with urgency and more than glimmers of hope, it is performed ably and boasts of a brief inside look at perhaps the beginnings of Aunt Lydia’s (a brilliant Ann Dowd) sense of self and insistence on piety from a flashback to her past while Emily’s ( Alexis Bledel) wounded individuality and painful reunion with her family back in Canada coincides with Luke and Moira ( O. T Fagbenle and Samira Wiley), June’s husband and best friend respectively, adjusting to new beginnings and the push for Gilead’s future along with raising Holly, June’s child with Nick (Max Minghella)

Meanwhile the Waterfords ( Yvonne Strahovski and Joseph Fiennes) faced the first major pullback for being architects of their perverted empire and complexities of that equation meddled with Serena’s maternal core. Bradley Whitford as Commander Lawrence was also intensely attuned to June’s mission ; Amanda Brugel as Rita, the Martha who eventually reaches Canada safely with the children in tow, and Madeline Brewer as the long suffering but resilient Janine round up the diversity of voices in this gifted ensemble cast. 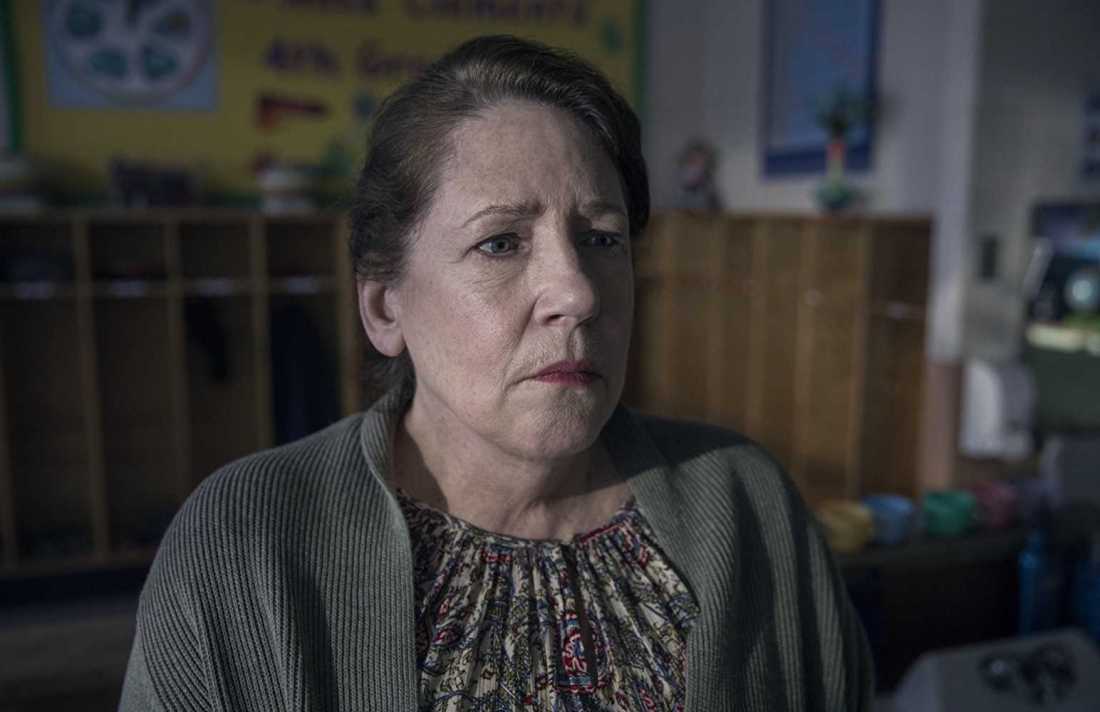 I was swept up in the dynamics of power, its blue and white colour tone, the cold industrial look, shifting moods and permanent allegiances forged on the path to freedom and was riveted as much as emotionally invested in an era of the tale that became coarse, hardened but never directionless. The all too human flaws and impulses were an integral part of projecting ground realities of a social order that hits home for us and reminds us of the way we often take democracy for granted.

The symbolism of it all reminded this writer of Nazi era iconography , particularly in the thirteenth episode in which we witness the cramped women in pinched spaces in early days of Gilead ala Holocaust as well as in the portions set in Washington, particularly the Washington monument designed like a Cross . To top it all, the red, grey and turquoise dresses hark back to the Puritanical time-line, recreated for the future to approximate strictures of yore. It is timely in our era where banner waving jingoism, like the saffronisation within my own nation, has become order of the day. This underscoring motto of ALL HAIL GILEAD is very much pervasive.

Elisabeth Moss is my champion of enfranchisement. She is superlative here since each second requires her to emote and react differently, given the dystopian journey, and she is au natural. I was always her champion since MAD MEN and TOP OF THE LAKE and it is heartening to see her reflect the state of affairs through her eyes. I like the fact that there are no filters here to her state of suffering, no surface gloss or an unrealistic outlet to beautify her in the midst of this brouhaha. This, to me, is a new benchmark in authentic staging of the tale.

The journey for liberty has already then sounded a bugle for an upcoming season of hope, change and determined fight.