Design a site like this with WordPress.com
Get started
Skip to content
anawadhboyspanorama Uncategorized October 15, 2019October 16, 2019 5 Minutes 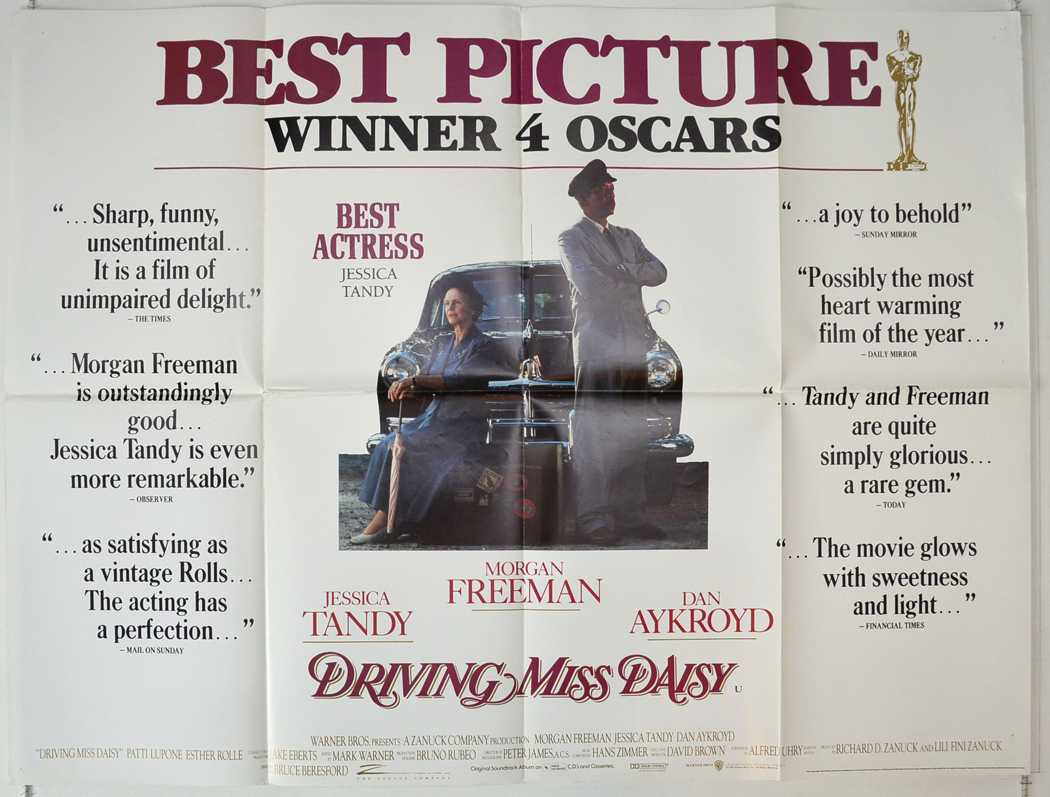 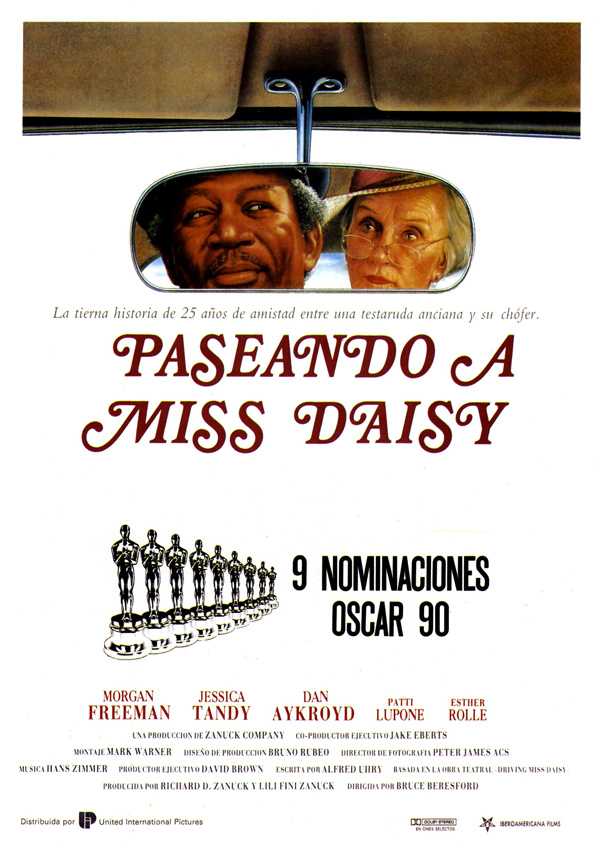 I had longed to watch this classic title for years and my wish was granted few days ago. This tale of an elderly lady (Jessica Tandy in her Oscar winning performance) and the man who drives her around ( the always excellent Morgan Freeman) is a true beacon of humanity and I felt cathartic after experiencing its timeless simplicity.

As a writer, DRIVING MISS DAISY, to me, falls on one side of the spectrum, of that rare cannon of filmmaking that respectfully adheres to the life of individuals in their later years. 36, CHOWRINGEE LANE, ON GOLDEN POND, THE WHALES OF AUGUST and MR. AND MRS. BRIDGE have all been viewed by me in present times and as a neutral viewer, depiction of events and personalities mattered to me firstly because of the mature manner, poignancy of the telling and secondly because in a culture exploiting often reckless tales of the younger demographic ( for the same age bracket per se) stories of the elderly, the ones with a lifetime of experiences, true anchors of the world we live in and our custodians of human faith, often get short shrift. That said, for me, every good story matters greatly, age no bar.

Here in DRIVING MISS DAISY, the theme is of a journey, of the road not taken and the ones we forge along the way . This tale of a greatly layered friendship is informed by Hans Zimmer’s theme music which is joyous and introduces us to this unforgettable bonding among the two, as if anticipating a great progress of personalities . So the steely Miss Daisy and the effervescent Hoke tread the same path of evolution.

There is a profound moment here where Hoke stands still after being privy to one of Miss D’s characteristic behavioural tics , with an enphathetic expression on his face. He instinctively understands the pressures that come with advancing years and hence he’s all smiles and restrained, offsetting Ms. Daisy’s cold, fiercely independent exterior. But the lady, by dint of her wealth and status, can afford to have a chauffeur ( technically, her son appoints the trustworthy Hoke after she almost gets saved from being in a major mishap while driving her own car) 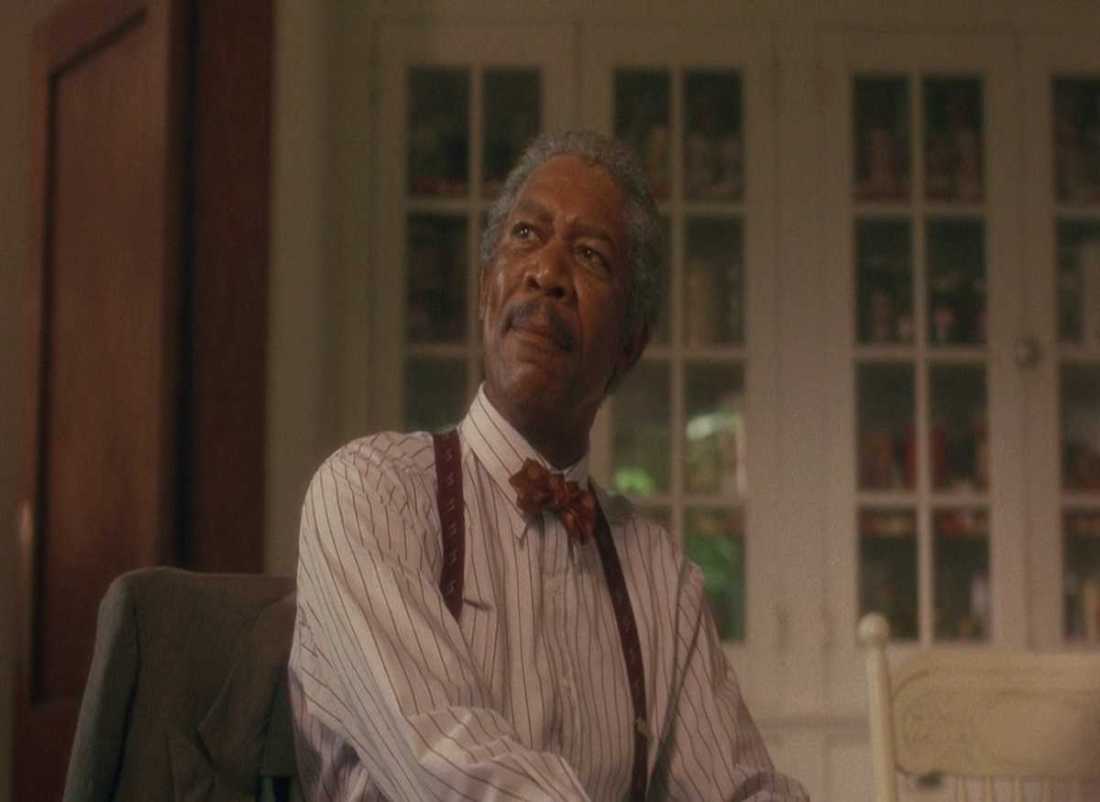 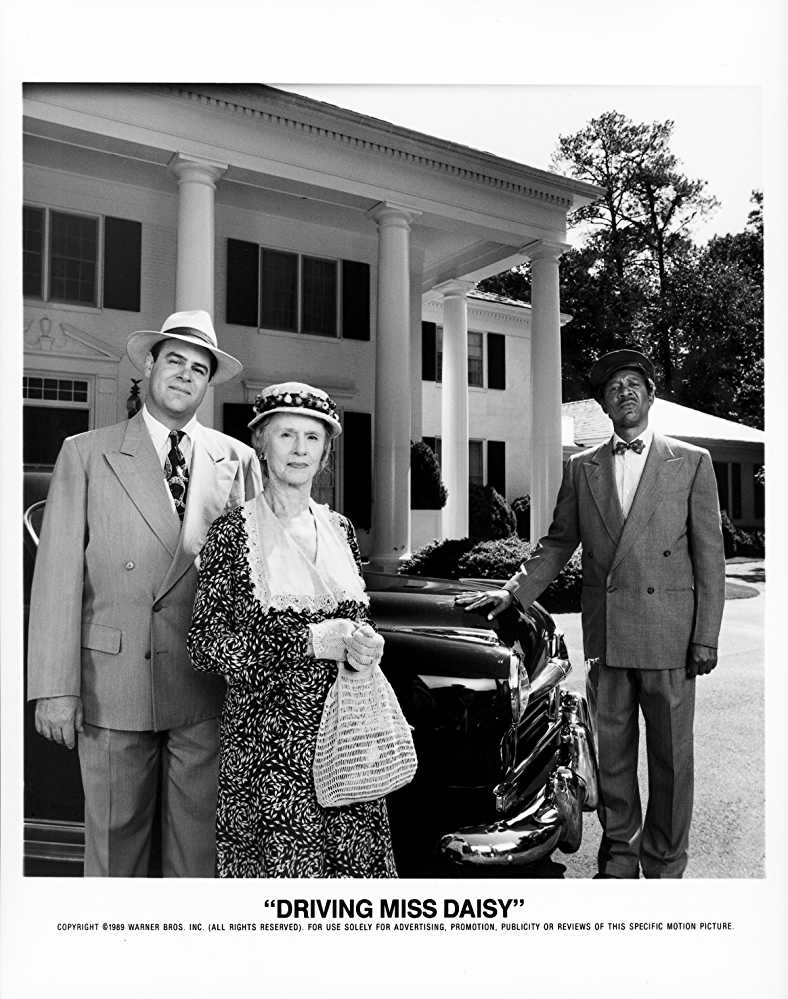 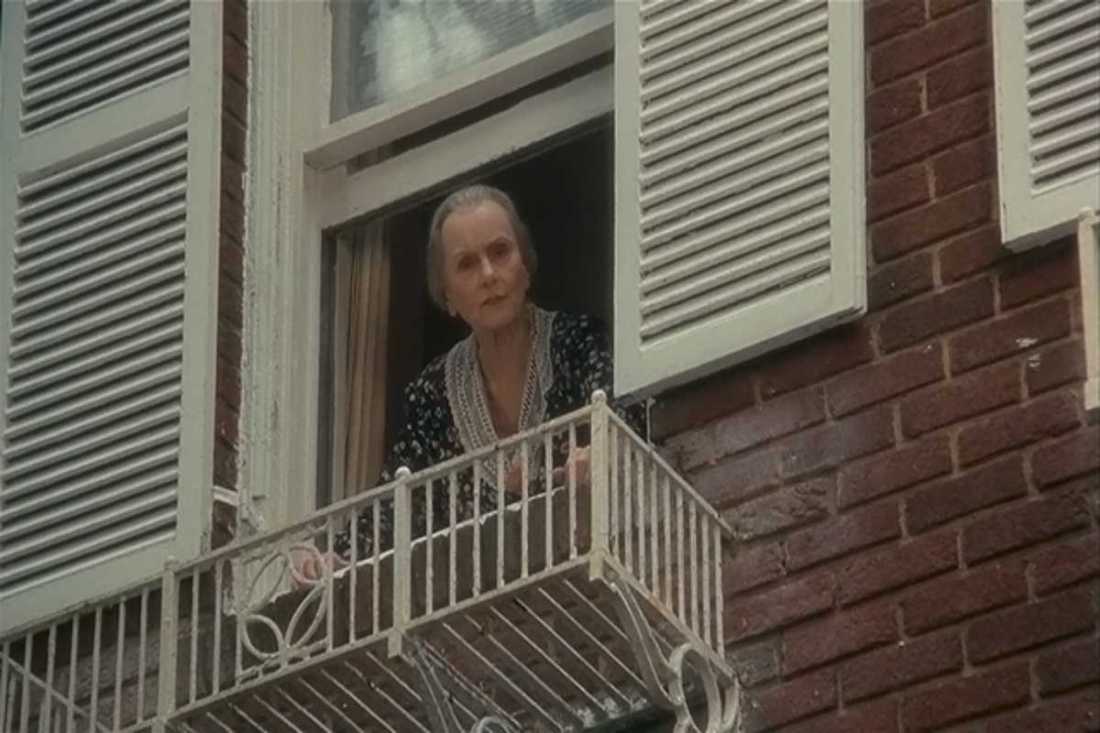 Hoke, however, cannot have the same privilege in his golden years as his race and working class pedigree ensure a steady job puts things in perspective for him, in fact it is a necessity . He does it with infinite grace, uncomplainingly and without ever losing his sense of charm. We too understand that they are essentially on the same journey.

The thaw on Ms. Daisy’s part occurs half an hour into the running time where her doubts are quelled by Hoke’s honest admission.

Director Bruce Beresford neatly, naturally traces the evolution of this bond over many years but there is no chronological line or momentous emotional moment here. In fact until the end, one doesn’t really note the passage of time. The progression is kept minimal and realistically resonant. Life has its moments . 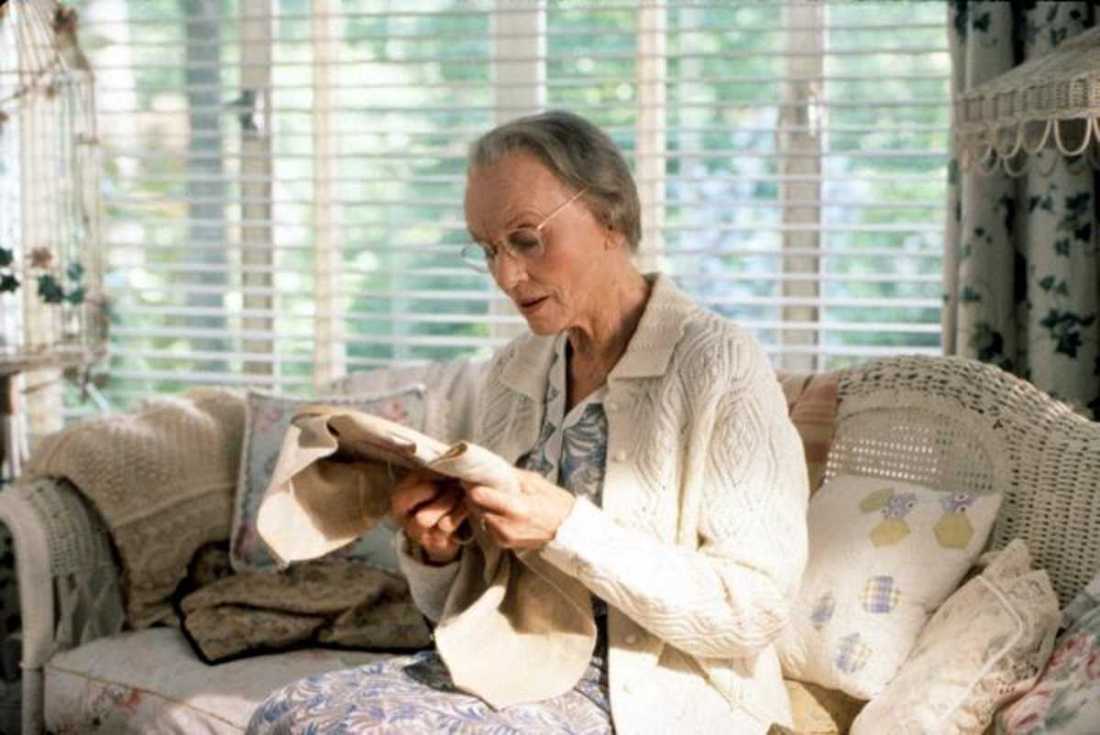 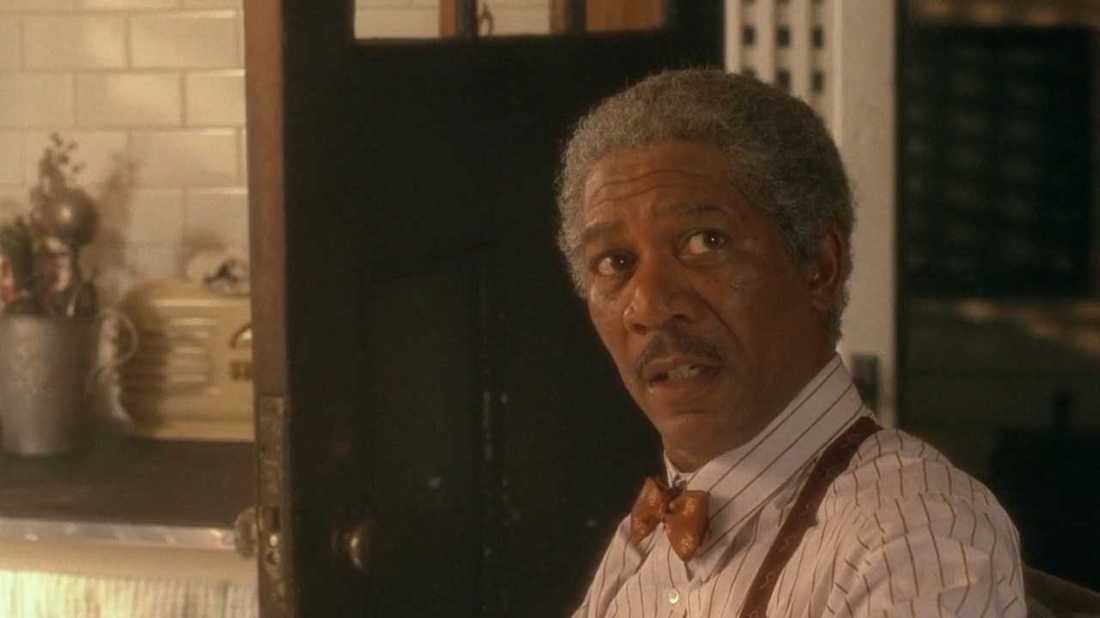 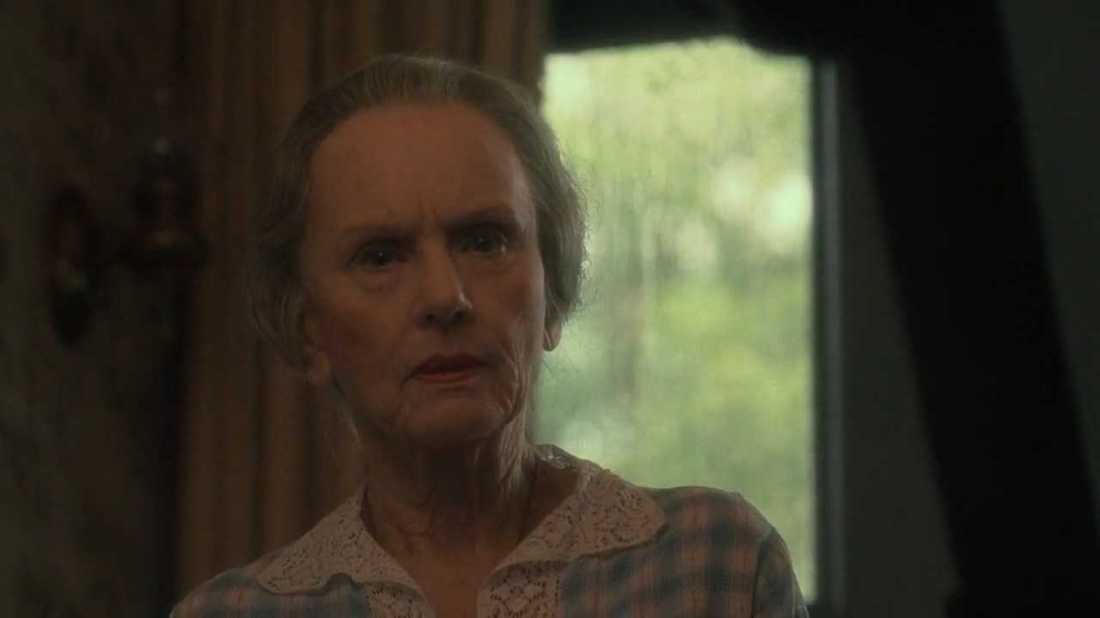 This screen adaptation of a play by Alfred Uhry, hence, doesn’t skimp on the racist undertows of its tale set in Southern USA, precisely Georgia or the fact that one among the two leads holds a certain position within society that the other just can’t . These two poles of experiences can be seen in the part where just as Miss Daisy is lovingly relaying memories of her trips to the lake with her father, two ‘white’ police officers interrogate Hoke, in the fashion of delineating his position within the hierarchy of the deep South where a darker skin color opens one to suspicions and undue harassment. As the two protagonists drive off, they comment on the peculiarity of a Jewish lady and a coloured man together. In another Hoke points out to her , with straightforward honesty, the injustice of him not being allowed to use toilets at most of the highway gas stations or restaurants and so he has to go in the middle of the night, behind the bushes to relieve himself. Also effective is the part where she attends an evening engagement that hosts Martin Luther King Jr., the irony being that Hoke stays outside the venue while the most powerful figure from his largely marginalized community addresses the gathering which does include other members of his ilk, i. e the African American one . A sense of unease when Daisy asks Hoke to accompany her to the event is very symbolic of the huge bridge that divides the idea of racial identity for both, even though she is Jewish within a notoriously Waspish social order. 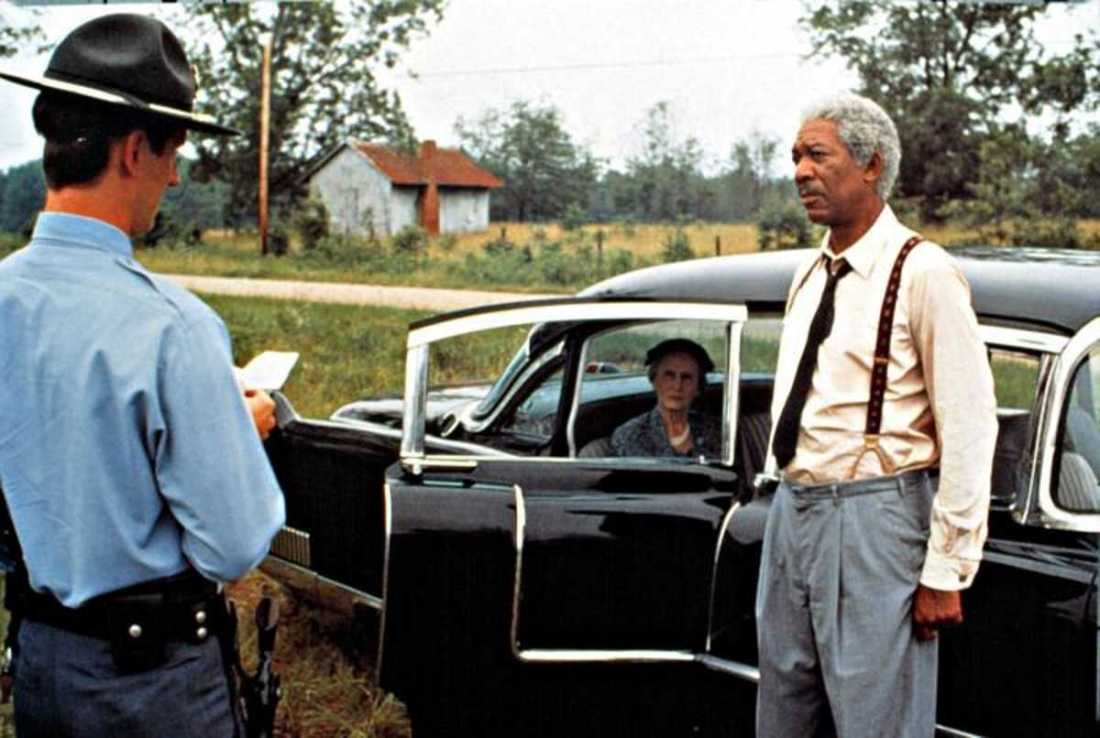 On her part, Miss Daisy dislikes being called a rich Jewish lady, particularly the epithet of ‘rich’ as she grew up with almost nothing and has known to subsist on bare minimal. Of course all of her pride in her independence has come from her education and years of service as a grade school teacher. As I see it, her privileged life then has become hers with her marriage but she never exhibits any ostentation or money minded attitude. Her work as a teacher ensured she maintained her own self-confidence. She relates all that to Hoke without resorting to any kind of sentimental input. Her facts are laid bare with stark, blunt honesty. She also relates at one point how she has never been prejudiced her whole life. Her cold, almost indifferent demeanor towards Hoke is equal to the one towards her son (Dan Aykroyd) but that is in the aftermath of the little accident in her backyard involving her car after which she is unable to revoke her license or drive herself. In an age where some conservative countries have recently allowed women the liberty to drive, her penchant for driving is positively illuminating. Also, I have to mention that one instance of her temple getting bombed as it illustrates an anti – Semitic strain running among a bigoted populace. So there is a commonality of being outsiders that latently presents itself here for both .

Further in her dealings with her housekeeper Idella ( the legendary Esther Rolle), she shows an even keeled approach, stemming from the fact that years of looking out for each other has cemented that sense of interdependence. Now the film shows us these people as they are without any trace of judgment. It’s left to us to incur whether Miss Daisy’s strict personality is something she has acquired in old age, due to her loneliness as a widow and occupant of a large home or part of who she is, a disciplinarian and no nonsense individual. 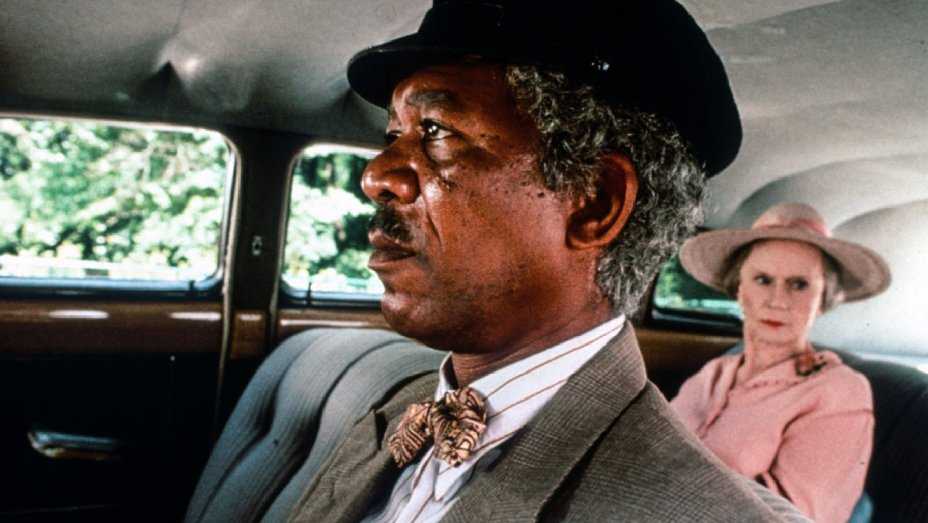 The writing /storytelling never shows all that explicitly. Made of up pithy sequences and exposition, we, as viewers, parse the details for our own good because ultimately they reflect our own day to day existence.

Here the interpersonal relationship occurs as one of diurnal human interaction, of a friendship among the genders that eventually bypasses partisan outlooks or social standings .

One of my favourite moments is when she, with consideration and empathy, leads Hoke to locate a tombstone upon discovering that he cannot properly read. His basic knowledge of the letters is what she emphasizes on. In that moment, we truly realize that despite her outer realm, she is not a spiteful person as some may assume and we also get a glimpse of the good teacher she must have been. 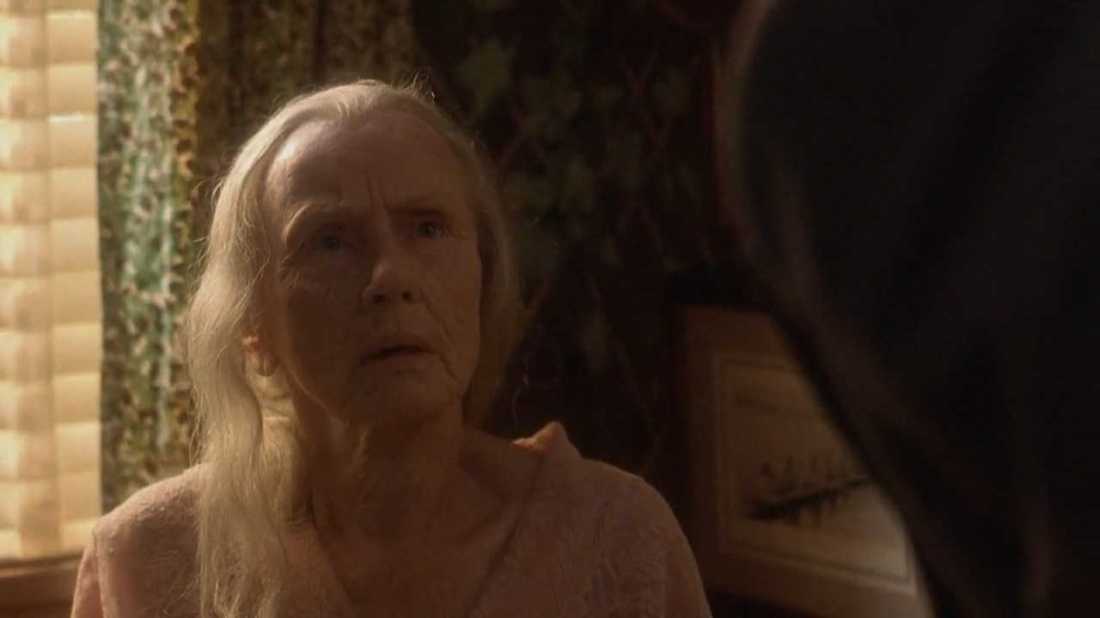 Of course, the final classic lines where Miss Daisy tells Hoke, ” Hoke, you are my best friend” is everything as also their final moment together before the credits roll. This is a perfect rendering of the man-woman bond, relying on the instinctive idea of interpersonal goodwill. It is life affirming. So watch it as it’s easily available on YouTube.