Below is my original movie appraisal of the classic Satyajit Ray work THE CHESS PLAYERS that was chosen to be published by CAFE DISSENSUS EVERYDAY BLOG on 13th July, 2019 .

I add few photographs here to offer visual cues to my readers in this. So the whole content, beginning with inverted commas and ending with them, covers my original work. You can easily search for it on Google or on WordPress under the originally published title ‘ Satyajit Ray’s Shatranj Ke Khilari’ : an expertly crafted cinematic gem ‘

As is the norm with many of my writings, it is set within my hometown Lucknow and so I have furnished the article with that inside perspective as well.

Apart from that, it is a welcome addition to the ‘TREASURE TROVE OF INDIAN CINEMA’ series within my blog that has already included many of Ray’s works . So read it and share your thoughts.

” A conversation veering towards erstwhile Awadh and its classical epicentre Lucknow can hardly be espoused in ordinariness. It’s a city with an untiring passion for art, nostalgia and poetic grandeur. From the eternal sunshine of its spotless architectural heritage to its Ganga Jamuni confluence, from the ‘ras’ of its musical accomplishments to its global filigree of royal glory, Lucknow thrives in the past and awakens in the present chambers of timeless sensibilities to fly like a dove in the post-industrial sky – a messenger of unhurried lyricism and sophistication far removed from present day cacophony yet taking measured steps towards healthy urban evolution.

It goes without saying that a cinematic treatment meted out to this Eden of myths and princely charm has to be nothing short of epic or out of the blue. As a proud Lucknowite myself, I reserve my praise for Ray’s satiric langour and eye for detail in the Awadh-bound trajectory in Shatranj Ke Khiladi (The Chess Players). The complexity in a game of chess, by turns, tests one’s mental capacity or, should I say, awareness of life’s unheeding twists of fate. In his two lead performers Sanjeev Kumar and Sayeed Jaffery, the auteur, making his only full-length Hindustani language feature apart from his Bengali repertoire, finds his titular chess players and the funny bone to occasion the passage of time, the end of an era for the Nawabi realm. The film’s timeline is pre-1857 Awadh and both stalwarts play best friends for whom indulging in a game of chess is much more than a pastime. It’s an obsession, source of passion, even a lifestyle. They are among an ilk of landed gentry cut off from the social churnings within British India. The universality to this concern is common. 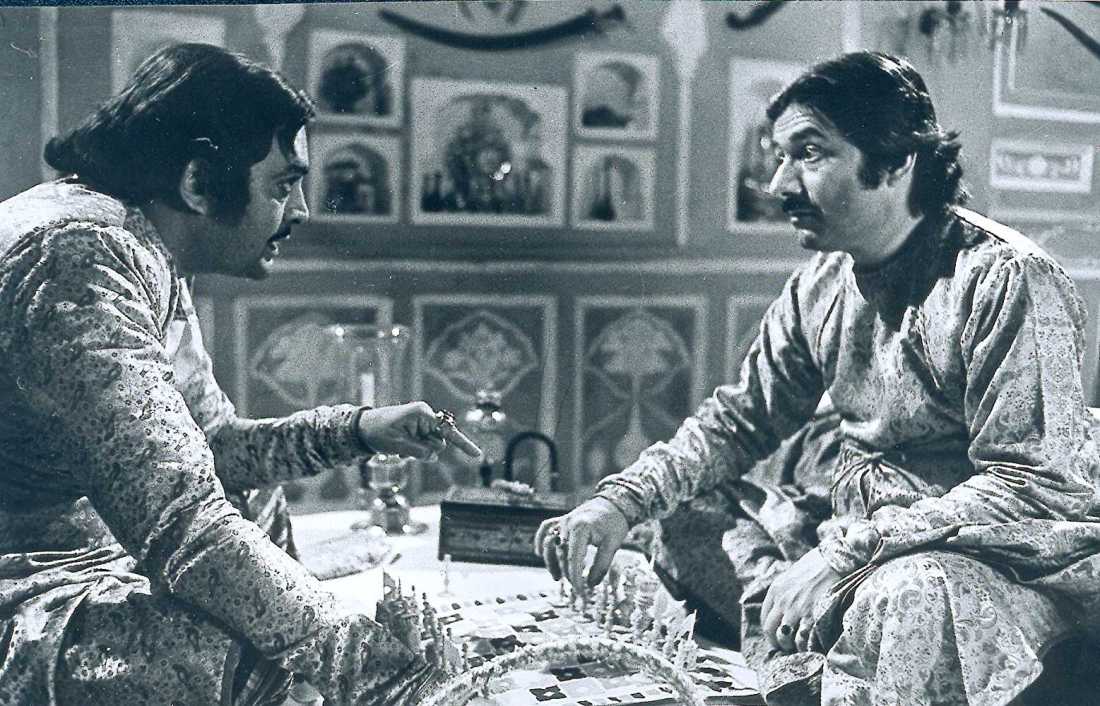 Their definitions of virtue, ambition, even ideals of competition and commitment ends and begins with victory in flexing their muscles within four walls of their mansions, every emotion thrown on the chequered chessboard. It’s the kind of brotherhood uniquely realized in such exacting screenplays as this and both performers ace their mannerisms, diction and overall body language to emit the high point of their period interests.

I laughed out loud at their amusing interpersonal tête-à-têtes, the integrity of this friendship and, of course, their imperviousness to their lovely better halves’ state of mind.

In this regard, Shabana Azmi is absolutely fiery as Kumar’s wife, a Begum characterized by the pride and Nawabi restraint, a hookah consuming ice-storm in a bottle making concerted efforts to connect with him. In a cameo, Azmi gives heft to her concerns, offsetting her earnest core of loneliness with a funny dose of seductive appeal employed to win her man’s affections. Her moment of rage falls within that given parenthesis. On the other hand is the flower-like Farida Jalal, expertly melding her innocent, petulant glow in manipulating her equally neglectful husband’s (Jaffery) unsuspecting nature to eventually turn him into a cuckold. This domestic dynamic is a perfect exposition of black comedy.

The character sketches for the lead males are unconventional, more so as they are polar opposites of gallant, chivalrous males presented in popular cinema. They are essentially sober, dignified individuals undone by their blind faith to a singular yen for recreation.

However, Ray mines the one genuine source of an epoch’s enigma in the form of its ruler Wajid Ali Shah and in Amjad Khan’s pitch-perfect turn; he emerges as a bundle of contradictions. He’s a patron of arts, a consummate poet (revered to this day), a secular figure celebrated for staging ras leela in his court, a devout Muslim offering namaaz five times a day and a somewhat decadent imp rumored to keep scores of concubines and enter into ‘mutha’ weddings. This survey of an aesthetic in the garb of an ineffectual ruler and eternal man-child is an emphatic and, in turn, bemusing gallery of myths. This local cult of personality keeps us guessing as to where the truth lies.

Khan has a musical ring to his expressions and his cavalier attitude to political agendas of British overlords threatening to occupy Awadh as their prized trophy is echoed by his disintegrating will-power in the face of mounting pressure. If you ask me, this is as good as you can get from the man whose strident, unapologetically flashy debut as Gabbar in Sholay is the talk of legends. ‘Heavy is the head that wears the crown’ is a maxim he internalizes beautifully, akin to what the actual ruler must have seen and endured.

The fledgling administrative apparatus, including Shah’s loyal minister (Victor Banerjee, playing the nervous wreck with prolific ease as he does) is witness to tables being turned on them by Lord Outram (the actual real life figure played by veteran giant Richard Attenborough). This is a specifically lucid performance and Attenborough does well to play his cards close to his chest as a smooth operator, in a bid to despoil Lucknow’s legendary peaceful high noons and thrust it into the middle of an impending 1857 turnaround. He imbibes every bit of innate prejudices and the weak resolves of an unsuspecting, well-meaning folk, to strike at the heart of the matter and prevail. The focus is on the part each denizen played in being noncommittal or perhaps naive enough to think that the colonial era machinations collectively cannot spread its tentacles here.

Going by this multi-dimensional collage, Shatranj Ke Khiladi could have become an intense meditation on survival, especially for the genteel folks of Awadh’s upper echelons. Ray builds up every arc to posit a humorous collage, a befitting way to visualize Munshi Premchand’s witty original text and hence it is devoid of unnecessary jingoism. He is a master of minimalism and is ably supported by virtuosos Shama Zaidi and Javed Siddiqui on dialogues and costumes. He recreates the essence of a bygone time and a pivotal juncture in Lucknow’s history which shaped its post-colonial fabric of representation. The deadpan pacing successfully appropriates the languorous lifestyles of each player. Leela Mishra and David Abraham are welcome members of the cast who further bring a lightness of touch to the proceedings. 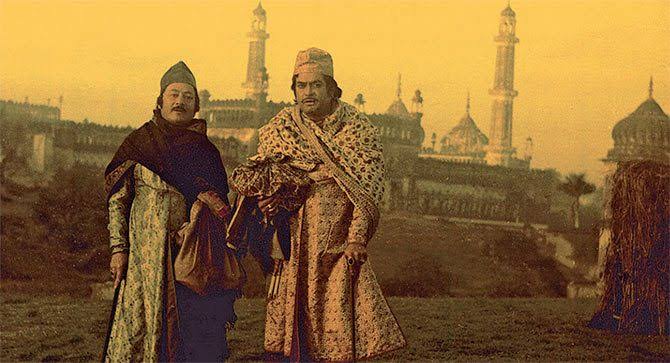 Shatranj Ke Khiladi will take its own sweet time to perhaps grow on modern viewers but once it does, it hardly lets one beat a hasty retreat owing to its distillation of Awadh’s changing fortunes. Additionally, it may be among the very few retro classics to employ animation to put its points across in its opening moments, complete with Amitabh Bachchan’s narration. Don’t miss the chance to savour this expertly crafted gem. Among its accolades, it won the ever-exquisite Saeed Jaffrey a well-deserved Filmfare statuette for Best Supporting Actor (Male) ”