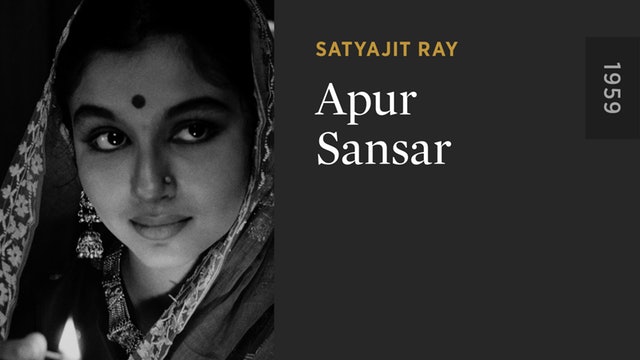 This post is a recreation of my original pithy writings, on the two Satyajit Ray classics that I was extremely privileged to watch in 2015. Those thoughts were documented in my notebook then and the transition to including them in a treasure trove like this points at the journey of this evolving cinephile. To honour the passage of time, a few enhancements will be made to the text. 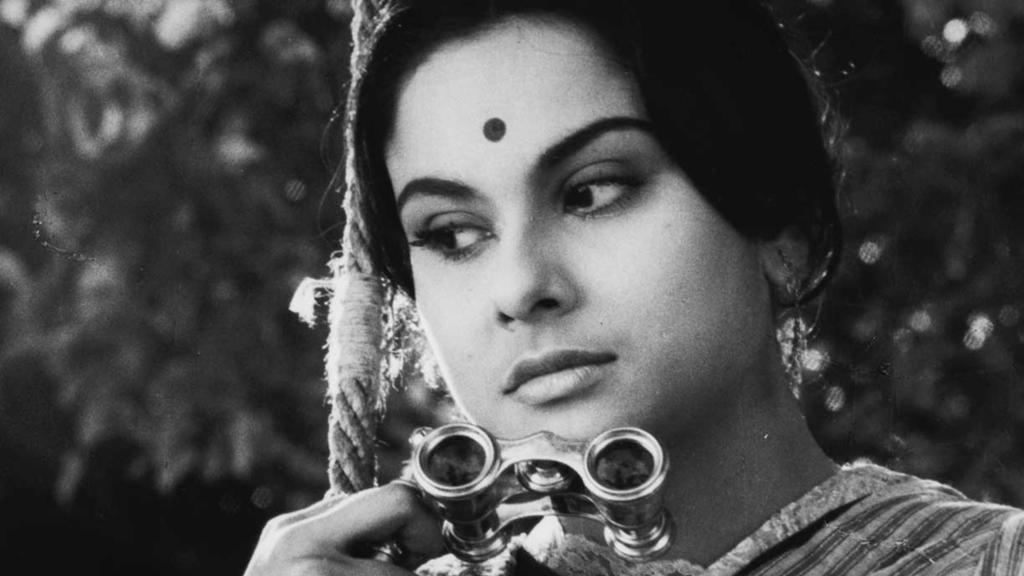 I still write down everything in my notebooks first to ensure every thought is collected in a personal mould. So here are my words for you to savour.

These were originally written on 11th October, 2015. 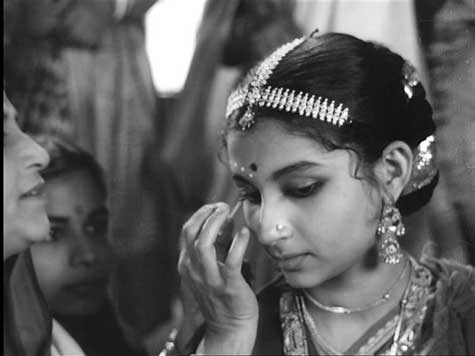 A Satyajit Ray retrospective comes as a blessing indeed. It is moreover like a moment of epiphany and a mirror to common man’s myriad, dignified struggles to just see light at the end of the tunnel. His works hark back to the post independent tapestry of human emotions, in the state of Bengal steeped in the urban – rural quagmire, sometimes within the big city, and handle with beauty the man-woman equation in all encompassing tones of individuality, striving for the kind of equal partaking of experiences common to a well rounded conscience. No wonder then that the two milestones talked about here go a long way in marking a paradigm shift for filmmaking in its self reflexivity and long shelf life down the years. They also introduce us to the kind of sepia toned, realistic cinematography (Subrata Mitra ), editing by Dulal Dutta and art direction by Bansi Chandragupta that avoid the hubbub of textbook regulations and brow beating conventions to convey even passages of mute silences with that rare quality, that is subtlety. In the process windows are opened to a familiar, timeless and evolving society that is rediscovering itself as an independent entity, staving off the past and reveling in the quest for a healthy post colonial standing. Ray’s cinema discards the ‘isms’ of social churning to focus on the intimacy of human bonding above anything else.

Talking about Bengali cinema, I cannot emphasise enough how we ingest the sights, sounds and general characteristics of Calcutta as well as mofussil Bengal from an Apu as he charts the latter half of his karmic bildungsroman (a literary term for coming of age) to emerge as an educated boy affected by poverty and unemployment, two perennial human allies, and still opening up his heart to his bride for a blissful union of two souls brought together under unexpected, abrupt circumstances, in the globally feted final and third part of the Apu trilogy APUR SANSAR (APU AND THE WORLD) 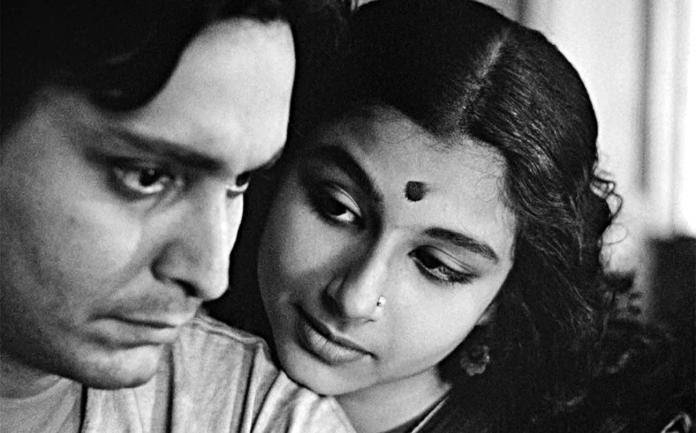 Saumitra Chatterjee and Sharmila Tagore rewrite, for me, the very definition of on screen partnership ( I dislike the word chemistry), with a little look here and a pretty smile there. My favourite scenes are when his future mother in law, on first seeing him with the cousin of the bride, expresses that Apu is like Lord Krishna and Saumitra’s affable charm makes us see why. At another, the new bride says, “ami ki nutun( am I new)?” as Apu longingly looks at her after waking up in the morning. Ditto the scene where in the early passage of this journey, he sings and plays the flute while on a boat ride with his friend.

When tragedy releases its doleful notes, Ray’s elegance of craft lets the internalization of pain and lifelong loss for Apu be alleviated by the cover of open nature, adding to the poetic sense of tragedy of this once budding writer; to be reunited with loved ones, after a spell of self imposed exile, forms the crux in the second half. That union with his son ( Alok Chakravarty ) eventually arrives. The final image is a happy one and suffice to say without suggesting a grand tolling of the bell for Apu’s inner world, it brings the curtains down beautifully on a humane study of the individual pursuits of one young man. 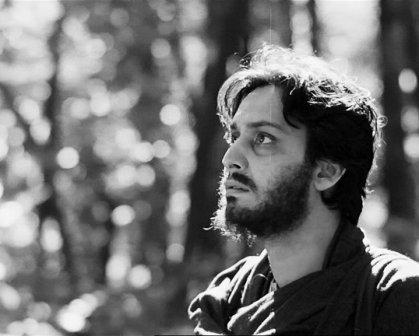 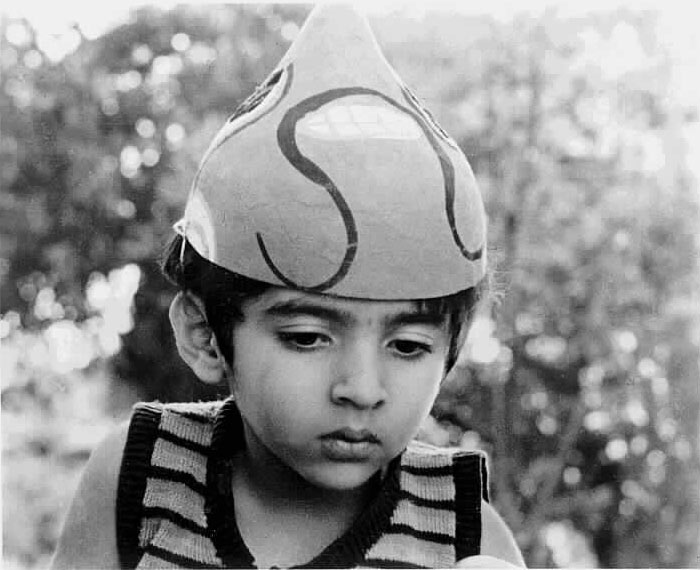 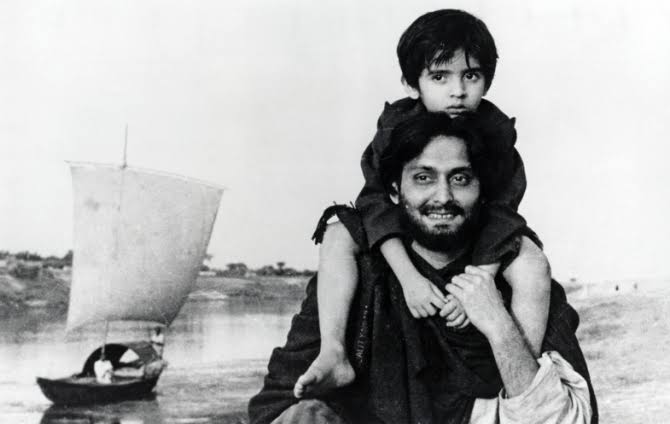 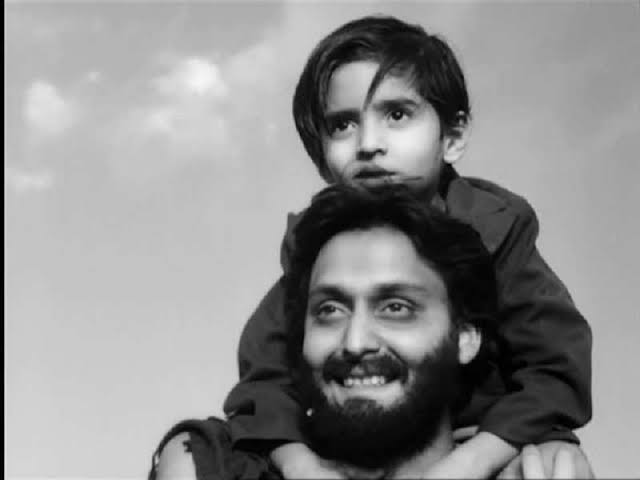 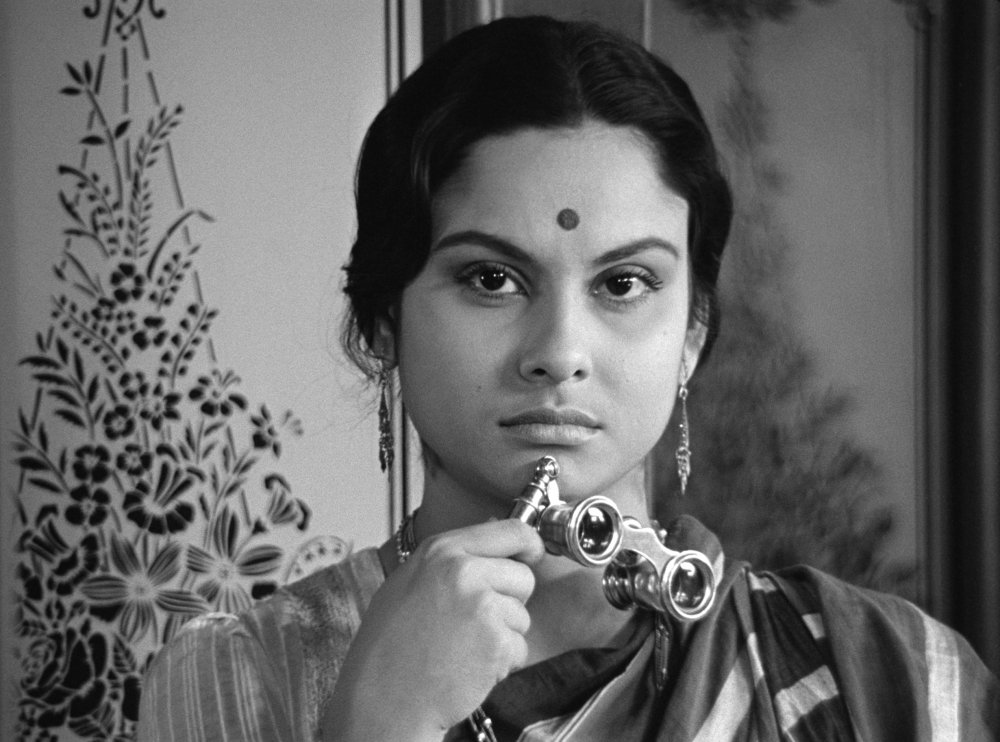 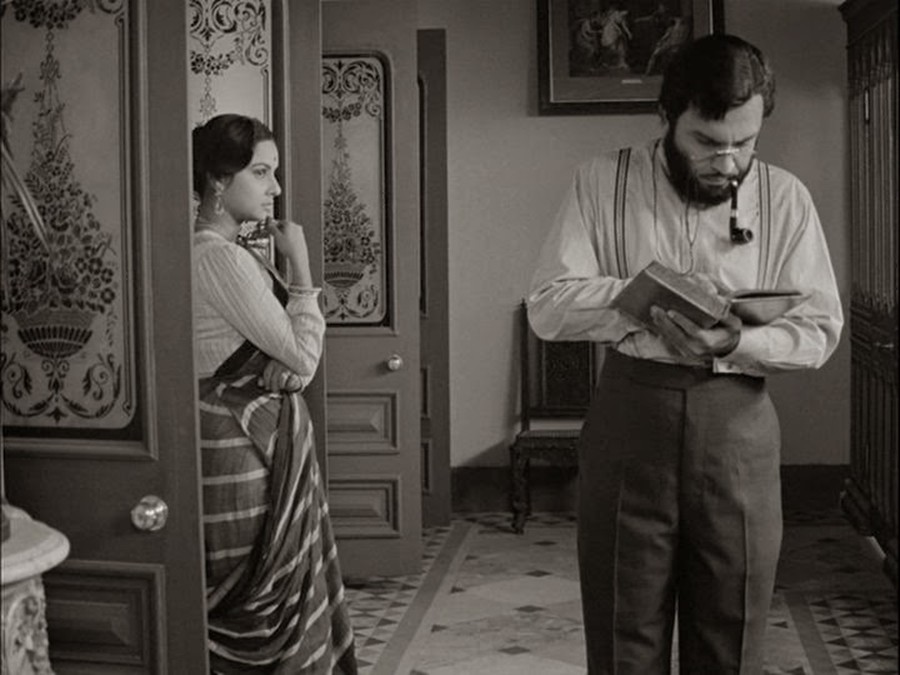 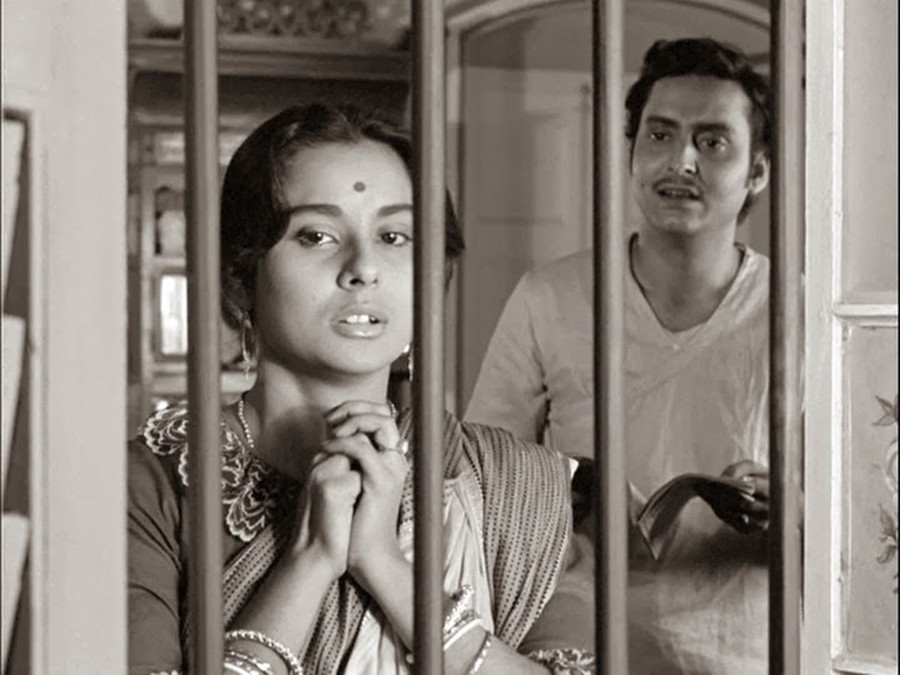 In CHARULATA (The Married Woman), Nobel laureate Rabindranath Tagore’s book NASHTANIR ( The Broken Nest), written in the opening epoch of the 20th century just as his other groundbreaking work CHOKHER BALI, finds a nuanced yarn as regards pitches of tradition and modernity and complex contours of the man / woman bond , the kind that so called modern sloganeering can never dare to achieve. The idea of forbidden desires is treated with the same estimation of human loneliness and unfulfilled promises that sparks the flame of attraction as it so often happens in our lives. Ray deals with the minutae of such internal conflicts.

In this globally recognised, home grown classic like none other, Madhabi Mukherjee beautifully estimates her dormant world of desires as an intellectually bright better half of an erudite reformist (Shailen Mukherjee) who pines for the purity of a bond shared with her brother in law (Saumitra Chatterjee), in the wake of neglect from the former . She seeks a companionship of the spirit and as equals which her well meaning husband cannot give her and here the irony of human endeavours come into the larger picture, on the part of even those strong willed few who seek to change the world. This scenario and the visual conveyance doesn’t choose sides or exhibit the strength versus weakness contestations of the people involved. The life lived as it is appeals to Ray and the same is the case here. 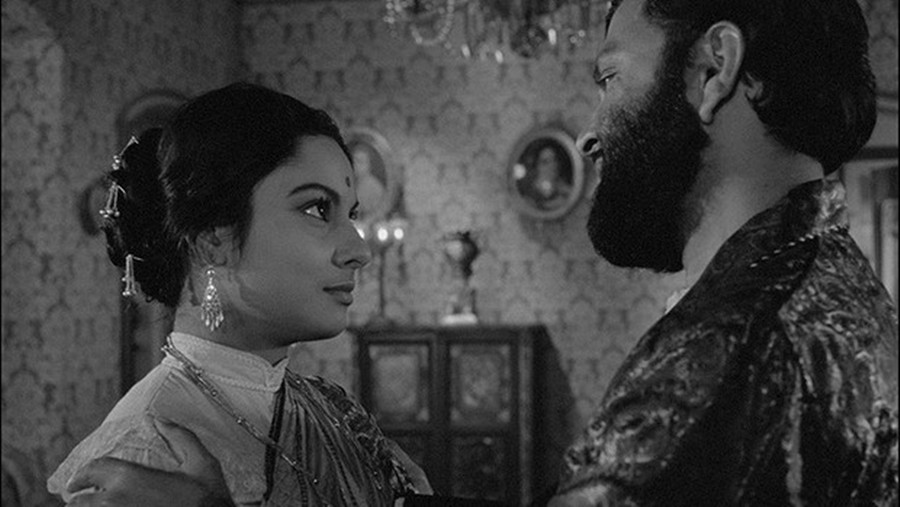 For before we bat an eyelid over the plot, Madhabi as Charu, ensconced within wealth and external accoutrements of luxury, communicates her unrequited emotions through her sensory attributes as in the famous scenes featuring the ‘binocular’ and the ‘swing’. Aurally, long snatches of silence amplify her existential crisis as in the expertly crafted, extended opening. Ray and his creative team, combining their humanist worldviews, capture her changes in moods with simplicity and a thousand emotions get under our skin. The affability and innate decency of relationships far outsmart challenging consequences borne out of this triangle. The final freeze frame attests to the open ended reality of this dilemma, as in our everyday. 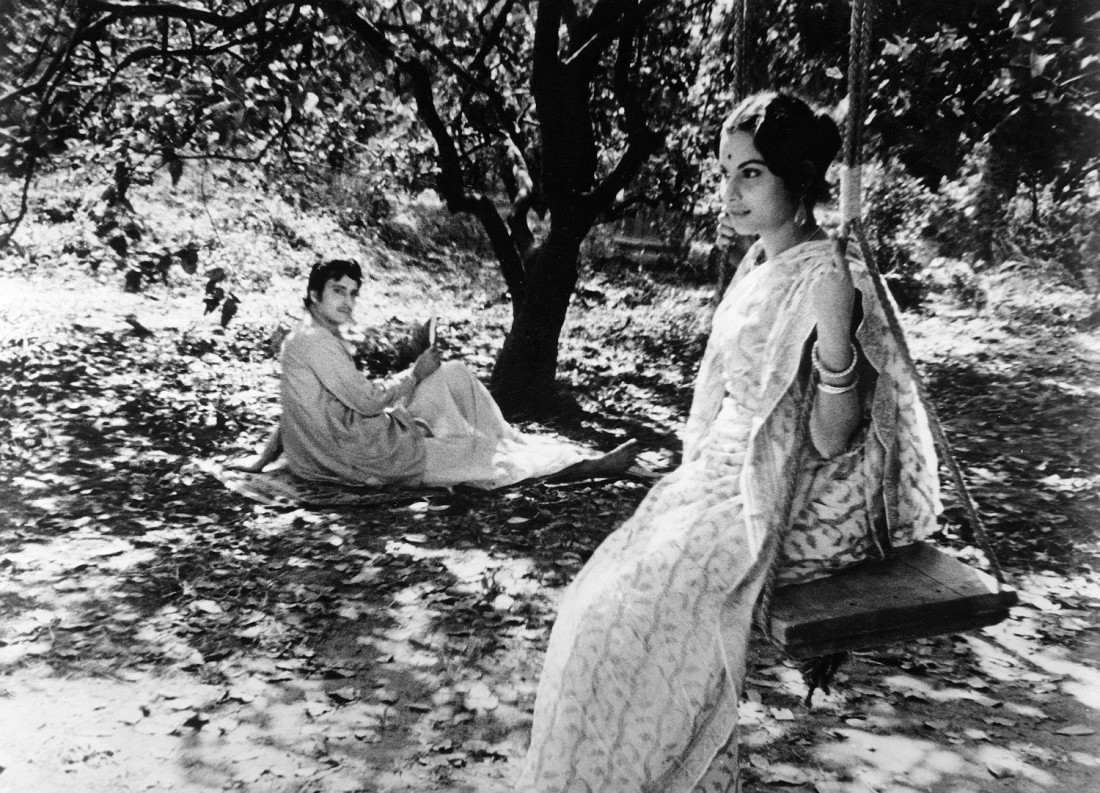 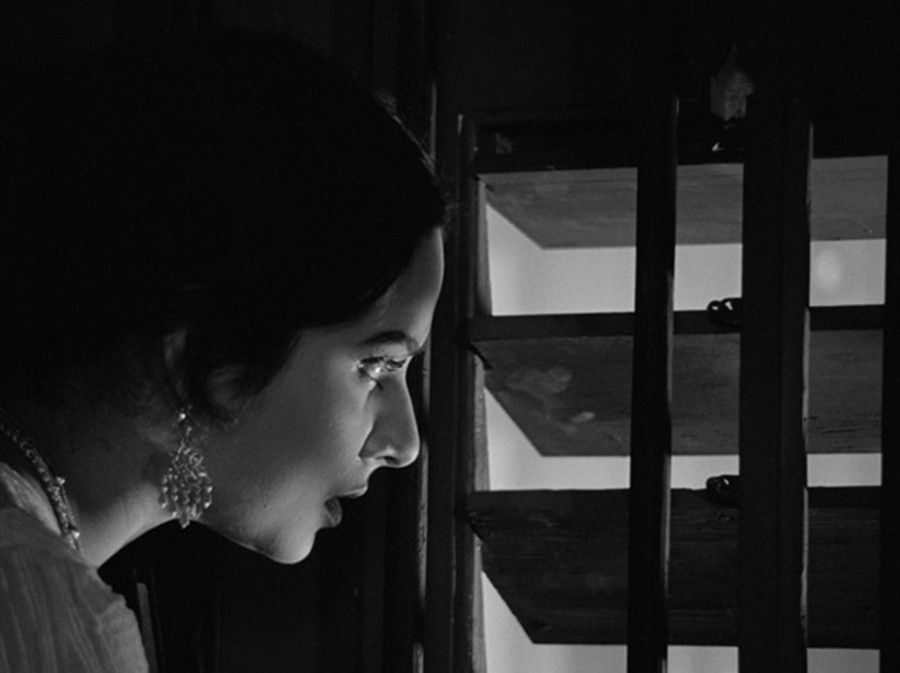 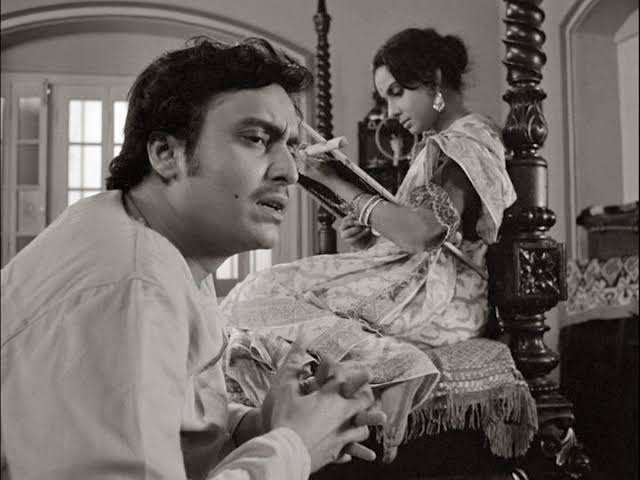 So watch these classics, easily available on YouTube and even Amazon Prime, to get up, close and personal with Ray’s worldview and the sheer melody of the Bengali spoken language. These are, in essence, nifty masterpieces that have and will stand the test of time.