Design a site like this with WordPress.com
Get started
Skip to content
anawadhboyspanorama Uncategorized July 20, 2018August 20, 2018 3 Minutes

My thoughts on not just the 2017 documentary but a man and a legendary pairing epitomizing sobriety ; it’s also directed at their muffled tragedy that seeps through our silences and in their timeless voices. Haunting is the adjective that immediately comes to mind.

To me, the recounting of a celebrated life is all about tender moments of forging relationships and noble efforts that are absolutely extricated from any kind of pull or push monetarily and emotionally. If the subject of a documentary such as this happens to be a down to earth, principled man of the soil who went with the flow to achieve unimaginable reverence more than success and remained unassuming about it all, only to make music his pure talisman throughout his illustrious lifetime then it’s all the more triumphant for someone of this generation who is viewing it. From inheriting a heritage of singing from his diligent father, who was a government employee, training under great masters of classical pantheons and winning every singing contest across the country to even receiving President’s recognition in the form of a prestigious college scholarship along with his rakhi sister and lifelong kindred Geeta Prem( who appears prominently in the documentary), he had carved a path unlike any other. Yes, it is possible to survive with your head held high without giving in to male machismo and aggression to make a point to the world. That’s the greatest asset that I received after watching this documentary and something I already was privy to all these years.

This tale of tales then also becomes a nation’s post independent cultural idiom and that watershed interim between a soulless present and a democracy’s beginnings when a golden era of sober craftsmanship and innate decency was much sought after. From the 70s onwards, Jagjit Singh became synonymous with the revival of the ghazal and its attendant air of tehzeeb ( mannerisms) and thehraav (calm). The understated ambience of a mehfil( social gatherings) came back into the larger social currency and amassed a new lease of life, retaining its purity for the masses who decoded messages of love, longing and every nuance in its profound musical history. I feel it did not merely remain a genre unto itself anymore but had taken on a transcendence. That was the erudition, edification he brought with an innate simplicity to the soulful oeuvre of his timeless performances whether on records or live. You really have to be an Indian resident to know the meteoric manner in which his records ushered in sales and patronage. Jagjitji brought its history to an elevated level of consciousness to render it anew and evergreen. A gentleman is born only once and that’s who he essentially was. 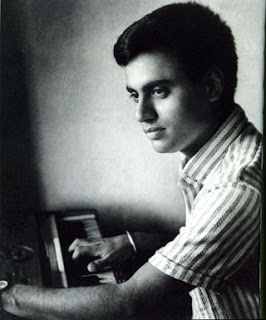 Where is that sobriety today? Even then his words, actions continue to be timeless, a touchstone when it comes to recall value and memories. This documentary’s title itself is based on one of his most famous Ghazals (which means paper boats) , in an array of so many, that is all about remembrances and memory. I feel Bhrahmanand, the director, here constructs a life script where in the central figure’s absence ( he passed away in 2011 ), the humanity and legacy of Jagjitji becomes all encompassing, whether it is through the important talking heads who have their versions to share of his uncompromising self hood and influence or the general nature of a true pioneer that he maintained at the height of his fame. Since he had no worldly vices to spare, his spirit of unity for family and friends and acknowledging his bounties, creative and material, define him.

Bhrahmanand has beautifully given his work an omnipresence of the figure and the values of his colleagues who eschewed the flash for brilliance on stage and beyond it. Modesty is the calling card here. One constant is that he never let his status get to his head and there lies the very code that a ghazal thrives on : humility and engagement without condescending or deigning to intellectualise its contents. If the heartstrings are tugged, its impact has registered for eternity and permanence. Soul is the ultimate home of this felicitous poetic form.

Kaagaz Ki Kashti is special because I remember listening to its mellifluous strains as a child and its engagement with nostalgia and innocence of a pristine world is something I feel is very closely aligned with my outlooks. It was as much of a cornerstone of this man’s life as well. Singer, husband, father, icon, idol, mentor, cross cultural ambassador owing to his repute across the diasporic world, it’s the tale of a world class voice that belongs to only him. It’s all part of the narrative that unfolds itself most graciously here in KAAGAZ KI KASHTI. However, the points that stood out for me are altogether poignant and impressionable for those discovering him in a millennial world. Like Smita Patil, he caressed life with a heart forever open for fulfilling experiences and a greater resolve beyond the immediate self which is what we mortals otherwise ordinarily succumb to.

** in the next part, salient features from the documentary that are close to my heart will be written down, including his legendary partnership with wife Chitra and points of their years together bookended by tragedy.

2 thoughts on “KAAGAZ KI KASHTI : HE TOOK THE ROAD LESS TRAVELLED AND MADE ALL THE DIFFERENCE”